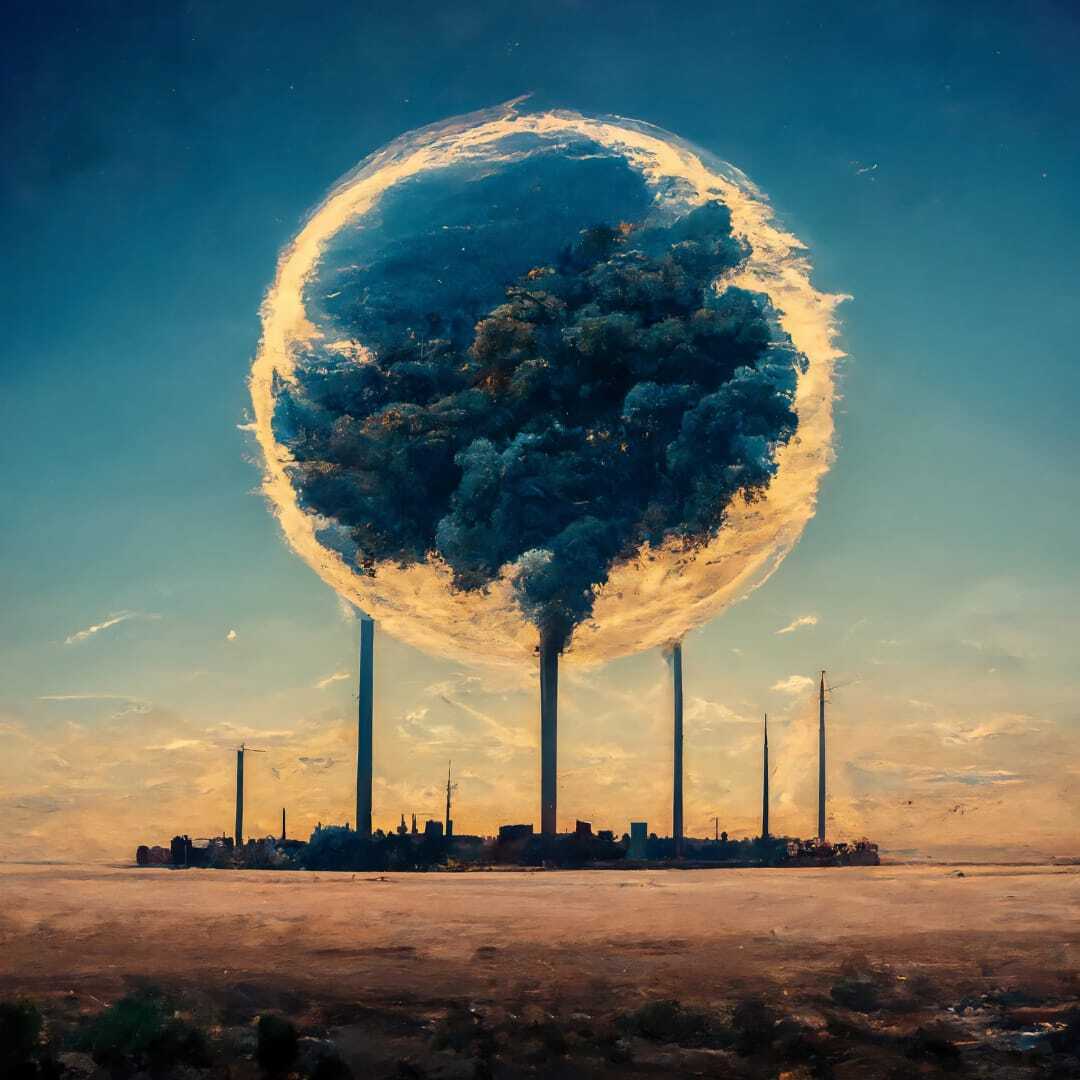 According to an IPCC assessment released on Monday, there will be significant changes in the energy sector, such as a significant drop in the use of fossil fuels, widespread electrification, increased energy efficiency, and the use of alternative fuels (such as hydrogen), may cut global emissions to half by 2030.

Even if the growth of emissions rates has moderated, they are still increasing annually. If we want to avoid a possible 3.2°C rise by the end of the century, we must quickly approach zero growth.

In order to keep global warming to 1.5 degrees Celsius, mitigation measures must be done immediately, according to the latest IPCC Working Group III study Climate Change 2022: Mitigation of Climate Change.

If we want to keep global warming to a maximum of 1.5°C (2.7°F), we must act immediately “affirmed Jim Skea, co-chair of IPCC Working Group III. It won’t be achievable without immediate and significant carbon cuts in every sector.”

However, according to experts’ most recent research, there is growing evidence of climate activity. “We are at a turning point. The choices we make today can guarantee a future worth living. We have the skills and knowledge necessary to prevent further warming, according to IPCC Chair Hoesung Lee.

Related: When is the Last Working Day of Earth, Reason You Should Know Why?

The research, which was made public around the world, stated that from 2010 to 2019, the average yearly global emissions of greenhouse gases reached their highest levels ever recorded in human history.

The cost of keeping global warming to 2°C throughout the 21st century is lower than the global economic advantages of reducing warming, according to models that take into account the economic costs of climate change, the research said.

The ability to alter our lifestyles and behaviour can be made possible by having the appropriate regulations, infrastructure, and technology in place. In scenarios limiting warming to 1.5°C with minimal or limited overshoot, the recent IPCC Working Group III report states that the predictions of future CO2 emissions from existing fossil fuel infrastructure already exceed the remaining cumulative net CO2 emissions.

“The evidence also demonstrates that these dietary and lifestyle adjustments can enhance our wellbeing and health.” Global greenhouse gas emissions must reach their peak by 2025 and then decrease by 25% until 2030 in order to keep warming to 2°C (3.6°F), according to a news release on the findings.

The analysis goes beyond technology to show that, even though financial flows are three to six times lower than what will be required by 2030 to keep global warming at 2°C (3.6°F), there is still enough cash and liquidity available to bridge investment gaps.

“CO2 is not the only greenhouse gas that causes global warming. Lowering emissions of other GHGs in addition to CO2 towards net zero emission will also lower the peak global temperature.

How To Attain Economic Aim?

Industry-wide mitigation can provide employment and commercial prospects while reducing negative environmental effects. Health, employment, and equity can all be improved through the use of renewable energy sources and changes in public transportation.

Today we saw the publication of the first assessment report on climate mitigation from the Intergovernmental Panel on Climate Change (IPCC) since the Paris Agreement. This is probably the last statement by the IPCC before the window of opportunity to limit warming to 1.5 °C closes, after which experts predict that life-threatening climatic impacts and feedbacks will become more pronounced.

“More than a century of unsustainable energy and land use, lifestyles, and consumption and production patterns,” wrote Skea.
This report demonstrates how taking action now can lead to a more equitable and sustainable world.”

After 16 days of deliberations and one marathon 40-hour session that lasted into Sunday night, hundreds of experts assembled by the United Nations Environmental Programme and the World Meteorological Organization led the way in getting the summary of the report accepted by 195 governments.

The report assigns a failing grade to humanity. Implementing international policies by the end of 2020 will fall short of the Paris Agreement’s target of keeping global warming well below 2°C. According to current trends, global warming will reach 3.2°C by 2100 relative to the preindustrial norm, with a range of 2.2°C to 3.5°C probable.

The Virginia Commonwealth University political scientist Andrea Simonelli, who was not engaged in the paper, claimed that reaching 3.2°C would be “nightmarish.”
In many places, “the threshold for habitable is already being pushed to the limit.”
That Churchillian adage, “Never waste a crisis,” comes to mind.However, immediate action is conceivable.

The paper lists a number of the increasingly affordable solutions that have broad popular support, including expanding wind and solar energy, reducing food waste, and improving the management of forests, croplands, and grasslands.

Michael Grubb, an author for the IPCC and professor of energy and climate change at University College London, remarked, “There’s that Churchillian maxim—never waste a crisis.”Over the past ten years, 24 countries have lowered their emissions, marking a striking reversal of decades of emission rise.

Additionally, between 2010 and 2015, economic growth in 43 of 166 nations was uncoupled from the rise in greenhouse gases, allowing those nations to benefit from increased GDP (gross domestic product) without adding to emissions. Additionally, even though global emissions increase every year, the rate of growth is declining.

We currently pay between 50 and 30 percent less for new zero-carbon electricity than we do for regular electricity. I’m not sure what else is if that isn’t a chance, both politically and economically, Grubb said.The worldwide team of scientists that conducted the analysis concluded that despite these improvements, emissions must peak no later than 2025 in order to meet the goals of the Paris Agreement.

In order to reduce emissions, international financial cooperation is a “vital enabler,” yet financial constraints are holding back innovation in underdeveloped nations.
The international community promised in Copenhagen to provide $100 billion annually beginning in 2020 to less developed countries, but it has failed to fulfil that commitment. The most recent year that was examined saw a $79.6 billion increase.

The World Resources Institute points out that three significant economies—the US, Canada, and Australia—don’t contribute fairly. The COP27 meeting later this year will examine this pledge, which has historically been a sticking point in U.N. Conference of Parties (COP) discussions.

Depending on the region, the elimination of fossil fuel subsidies might reduce greenhouse gas emissions and carbon dioxide emissions by up to 10% globally.The future use of fossil fuels is another contentious issue raised by the publication. According to the Guardian, Saudi Arabia intended to continue using fossil fuels rather than completely phase them out, which is one reason why the conversations continued into Sunday night.

The report claims that the removal of fossil fuel subsidies alone could reduce carbon dioxide emissions globally by 1% to 4% and greenhouse gas emissions by up to 10%, depending on the region. It also states that the world must rely on no- or low-carbon energy technologies in the future.

Related: Future Human Progression: How Will They Evolve In Next 100-10,000 Years?

If governments committed to controlling warming, there would be significant changes to daily living within the next 8 years.

The reduction in emissions needed by 2020 is the same as what is needed to achieve the 1.5°C–2°C goals, but as IPCC vice-chair and environmental science and policy researcher Diana Ürge-Vorsatz noted, “that does not mean we have to be all locked up and go through austerities to reach our climate goals.” She said that reducing emissions can enhance life.If nations agreed to keep global warming between 1.5°C and 2°C, there would be significant changes in how we live in the next eight years: we would be more likely to use electric vehicles, bicycles, and walk more often.

There would be more plant-based proteins on our dinner plates. Wind, solar, geothermal, nuclear, and hydroelectric energy would be used to power our homes and lighting. Flying would be less common, and we’d live and work in energy- and carbon-neutral buildings that had undergone retrofitting.

Professor Arvind Ravikumar of the Department of Petroleum and Geosystems Engineering at the University of Texas at Austin placed a strong emphasis on reducing methane emissions from the oil and gas industry. Both Democrats and Republicans in the legislature concur on this, according to Ravikumar. This “would go a long way in placing the U.S. on the track to net zero emissions by 2050,” according to research.

A view of Earth’s horizon from the International Space Station. Credit: NASA

Earth and climate science are areas of expertise for NASA. Its job does involve supplying the scientific facts required to comprehend climate change, even though it does not have the authority to create climate policy or to suggest specific reactions to or solutions to the problem. NASA then disseminates this data to the world’s scientific and planning organisations, as well as to the general public and decision-makers. NASA’s role is described in further detail.

NASA is very serious about sustainability. Utilizing all available resources effectively is a cornerstone of NASA’s sustainability strategy. By doing this, we enhance both our terrestrial and space operations on a continuous basis.

Sustainability entails taking immediate action to safeguard the environment for both the quality of today’s and tomorrow’s living conditions. By decreasing hazards to the environment and our communities, NASA supports its objectives by embracing sustainable practises.
The sustainability goals of NASA in carrying out its mission are:

1.Boost energy efficiency and usage of renewable energy sources;NASA’s greenhouse gas emissions, both direct and indirect, are measured, reported, and reduced;Through effectiveness, reusing, and stormwater management, water resources can be conserved and protected;

2.Reducing waste, avoiding pollution, and boosting recycling;encourage the use of sustainable technology and ecologically friendly materials, products, and services by using agency acquisitions.

As directed by President Biden’s January 2021 Executive Order 14008, major federal agencies were required to develop an adaptation and resilience plan to address their most significant climate risks and vulnerabilities.These Climate Adaptation and Resilience Plans were released in October 2021.

Significant climate change has already occurred as a result of human activity, and additional change is still being initiated. However, if we immediately ceased producing greenhouse gases, the increase in global temperatures would start to level out within a few years. After that, temperatures would level off but continue to be quite high for hundreds of years.

There is a delay between what we do and when we experience it, but it is just a few years long.While the consequences of human activity on Earth’s climate to date are irreversible on the timescale of humans alive now, every little amount of prevented future temperature increases results in less warming that would otherwise endure for practically infinity.

The best-case scenario predicts that the average world temperature will rise by 1-1.5 °C if CO2 emissions are reduced to a level that stops rising after 2050. (blue line in the graph). The worst-case scenario warming will reach 4.5–5°C if we don’t cut CO2 and the numbers keep rising.