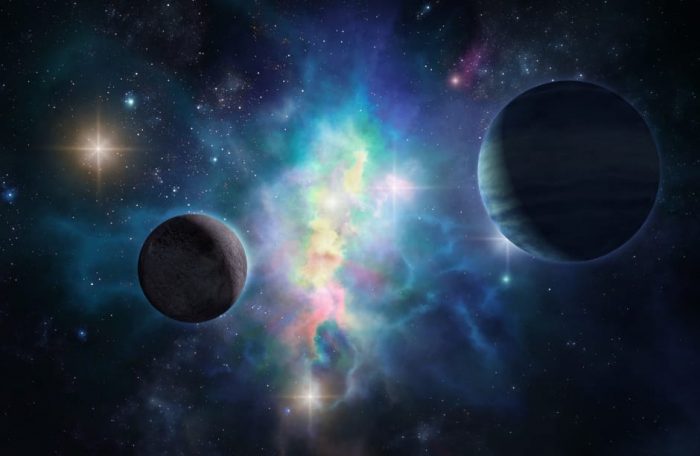 Scientists are now hunting for life beyond Earth using three main pathways (plus one fringe avenue). The first is to deploy orbiters, landers, rovers, and fly-by spacecraft to other worlds that may harbour life inside our Solar System.

The second method is to look for biosignatures or at least bio-hints on exoplanets that have been identified from do far.

The third method is to look for technosignatures, which are non-natural signals that can be used to prove that they were developed by an intelligent being.

On the margins, some even look for proof that aliens have already arrived on Earth, despite the fact that its scientific validity is highly contested.

But what if we had strong suspicions that there actually were not merely aliens, but human-sized aliens moving around on the surfaces of other worlds? Is it possible to directly capture their image? Shawn Harvey is curious about this and asks:

“If we built a telescope large enough, could we see if there are people walking around on other planets?”

Read: Solar System is All Ours To Explore. How Webb Will Help Study That?

Can we See Aliens Using A Big Telescope?

There are undoubtedly some obstacles and significant limitations to this issue, but the short answer is yes.

Here’s how we’d go about making it happen.

Resolution is one of the most crucial, but also one of the most basic, aspects of any optical system. If you wish to see something on the order of size of a meter, your telescope should be able to resolve objects that are meter or lesser.

Only, with a telescope, you don’t imagine things of a given physical size; you imagine objects that take up a certain angular size in the sky.

This form of angular resolution means you’re sensitive to items of a given physical size if they’re within a certain range of distance from us and closer, but not beyond.

You might have heard that the resolution of a telescope is determined by its size, and that’s partly right. A telescope’s resolution depends not only on the diameter of the primary mirror, but also on the wavelength of light that’s being examined.

A better rule of thumb is that the number of wavelengths of light that can fit across the diameter of a telescope’s primary mirror determines its resolution.

The 6.5-meter-diameter James Webb Space Telescope, for example, can see light as short as 550 nanometers and as long as 28,000 nanometers.

Can Hubble Detect Humans On Earth From Its Position In Space?

Take, for example, the Hubble Space Telescope, the most powerful telescope in low Earth orbit, and try to answer the question.

Let’s find out now. Hubble’s primary mirror is 2.4 metres in diameter, and it rests at a height of around 340 miles (547 kilometres) above the Earth’s surface.

Visible light is a good approach to look for humans, especially if you’re looking at a planet with a largely clear atmosphere like Earth’s.

Shorter wavelengths have the advantage of increased resolution, but gamma-rays and X-rays are completely opaque to planetary atmospheres.

Ultraviolet light is usually impenetrable as well, especially if a protective ozone layer is present, which an oxygen-rich atmosphere should naturally produce.

Even if we install the telescope in space, we’ll probably want to look for humans using the same type of light that passes through the Earth’s atmosphere.

The goal is to find a human in the same way that we would if we pointed the Hubble Space Telescope (or a clone of it with the appropriate hardware) at Earth.

All we need to do is figure out how far away we want to see, and that will tell us how big our telescope has to be.

It’s even a simple calculation: if you want to see anything ten times farther away than Hubble’s limitations but with the same resolution, all you have to do is create a primary mirror 10 times the diameter. With that in mind, let’s look at how big of a telescope we’d need to observe a human at various distances.

Taking The Example Of Our Moon

Let’s start with Earth’s natural satellite, which is our closest neighbour. The Moon is much, much closer to us than anything else in our Solar System in terms of planetary distances; so close that we were able to place humans on its surface more than 50 years ago.

Because the Moon’s orbit around Earth is elliptical rather than round, it is closer to Earth at times than at others.

That means that if we wanted to attain the same resolution as Hubble by looking down at Earth, we’d have to build a telescope with a diameter of about 1,650 metres, or just over one mile. A one-mile telescope would be an incredible achievement, but it would be too expensive.

The European Extremely Large Telescope, with a diameter of 39 metres, is currently under development in the southern hemisphere as the world’s largest telescope.

The primary mirror of that telescope is made up of 798 hexagonal pieces, each measuring 1.4 metres across. To put things in perspective, a one-mile diameter telescope would require about 1.4 million such segments.

Taking The Example Of Venus And Mars

Let’s imagine we didn’t want to limit ourselves to our nearest neighbour and instead wanted to look for life on the other planets in our Sun’s so-called habitable zone, such as Venus and Mars.

Even though these planets are almost 100 million kilometres apart on average, when one overtakes the other in orbit around the Sun, they each get substantially closer to Earth.

On Venus, seeing through the clouds is difficult; humans can only look down to the surface in visible light on rare occasions, and even that requires a lucky break in the clouds.

Mars, on the other hand, is reasonably easy to see through because its clouds are often wispy and its atmosphere is thin and largely transparent; the Martian surface is visible from afar as long as there isn’t a dust storm raging.

Taking The Example Of Moons Of Jupiter

Perhaps one day we’ll discover life not on one of our Solar System’s rocky planets, but on one of its gas giant world’s moons.

Jupiter is the closest gas giant in the Solar System, and its large moons Europa and Ganymede are regarded to have the most life-friendly characteristics.

When compared to the distance from Earth, the difference between the distance between Jupiter and one of its moons is minimal; at its closest, Jupiter is “only” around 365 million miles (588 million kilometres) away.

This amounts to a telescope with a diameter of 1550 miles (2500 kilometres), or roughly the size of Alaska in the United States.

In terms of size, we’re looking at impossible-to-imagine telescopes at this point, as a telescope this enormous would take up around three-quarters of the Moon’s diameter. Unfortunately, that’s how things happen.

Taking The Example Of Saturn, Uranus, Neptune And Planets Beyond.

A telescope the size of a planetary body is required to image something the size of a human being from hundreds of millions of miles (or kilometres). And things only become worse as you get further away.

We should probably finish the Solar System. Saturn is approximately twice as far away from Earth as Jupiter, coming within 746 million miles (1.2 billion kilometres) at its closest approach.

This necessitates a telescope with a diameter of 3100 miles (5000 kilometres), nearly the size of Titan, Saturn’s massive moon and the second-largest in the Solar System (after Jupiter’s Ganymede).

Uranus is little more than twice the distance between Earth and Saturn, never getting closer than 1.6 billion miles (2.57 billion km).

At that distance, a telescope with a diameter of about 6600 miles (10,800 kilometres), or nearly 85 percent the size of the Earth, would be required.

How Would We Find Objects In The Kuiper Belt?

To image objects in the Kuiper belt, we’d need a telescope with a diameter of two to three times that of Earth.

A telescope the size of the Sun would be required to image objects in the Oort cloud, which is hundreds of times farther away than the Kuiper belt.And we haven’t even gotten to planets orbiting other stars yet.

We’re unlikely to find any humans on any of these worlds unless we decide to transport humans to another planet in our Solar System.

However, there may be human-sized animals on planets outside of our Solar System, among the exoplanets.

How Would We Image Exoplanets?

The nearest stars to Earth are between four and ten light-years away, and it’s possible that some of them have planets that are not only inhabited, but also inhabited by huge lifeforms human-sized or greater.

How big would our telescope have to be to observe 1 meter-sized objects on a planet thousands of light-years away?

We’d need a telescope the size of Earth’s orbit around the Sun to see the closest planets in the Alpha/Proxima Centauri systems.

You’d need a telescope the size of the asteroid belt’s orbit to resolve a 1 metre item on any planets surrounding Tau Ceti, the closest Sun-like star without a binary companion.

A telescope with the same diameter as Saturn’s orbit would be required to observe planets in the TRAPPIST-1 system. If these dimensions seem unreasonably enormous, consider why no one is discussing directly picturing life on distant planets.

What Are The Necessary Requirements Be for Constructing A Massive Telescope?

However, there is a slim probability that we will be able to devise a technological remedy. When you construct a massive telescope, it does two critical tasks.

However, if the thing we’re trying to photograph is bright enough, we might not need all of that light-gathering power; we could just perform the job with the suitable resolution.

We’ve used a method with very long light wavelengths that should theoretically work for optical wavelengths as well: very-long-baseline interferometry.

We would only receive the light-gathering power of the sum of the areas of all of the individual telescopes if we could establish a network of small optical telescopes dispersed throughout the Solar System, but we would get the resolution of the spacing between the telescopes! It’s a huge challenge, but if we can meet it, we could be able to photograph at a higher degree of detail than optical astronomers have ever imagined.

Despite the fact that it is a long shot, it may be our best technological hope for witnessing what alien life looks like.

1 thought on “Hunting for Alien Life: Can A Big Enough Telescope Help Us Find That?”