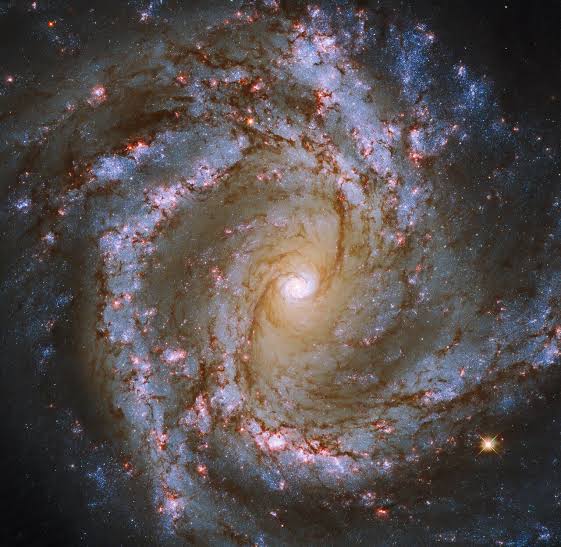 The major motivation for constructing the Hubble Space Telescope was to calculate the age and size of the Universe by studying the Cepheids Variables, Supernovas, and other Interstellar objects in distant galaxies. This scientific goal was so critical that it put restrictions on the lower limit of the size of Hubble’s primary mirror.

The main question that arises here is what are these different objects? What is their significance in measuring the size and age of the universe?

Let’s discuss these before we head on to the further sections of our article.

What are these Cepheids?

Cepheids are a very special type of variable star whose brightness variations are very consistent and predictable in nature. The time of these changes is determined by the stars’ physical attributes, such as their mass and true brightness.

This means that astronomers may learn about the Cepheids’ physical nature only by looking at the variability of their light, which can then be used to measure their distance. This is the reason why some cosmologists also call Cepheids “standard candles”.

Now we considerably have a better estimate of the age of the universe than we had before Hubble: which is roughly around 13.7 billion years.

“We are living in fascinating times. Hubble has paved the way for huge advancement in the cosmological world. Today we have a much clearer and unified cosmological picture than what was possible five years ago when people were talking about ‘The Cosmology in Crisis’. We have seen a dramatic change from misery to glory!”, said Gustav A. Tammann, Astronomer, University of Basel.

Hubble Measuring Size of The Universe:

One of Hubble’s first ‘core’ goals was to figure out the rate of expansion of the Universe. In 1929, Edwin Hubble provided the first observational evidence stating that the universe is having a finite age.

Using his calculations, he concluded that the more distant a galaxy is from us, the faster it appears to be moving away into space. This means that the universe is expanding uniformly in all directions.

By incisively determining the expansion rate, which is popularly known as the Hubble constant, the cosmic clock can be backtracked and the size of the universe can be calculated. The accurate value of Hubble constant is also critical for calculating other fundamental cosmological parameters.

When the Hubble Space Telescope was launched, the uncertainly over the universe’s expansion rate was off by a factor of two. This means that the universe could be as young as 9.7 billion years or as old as 19.5 billion years.

In order to get more precise results, Astronomers tried to make observations on a class of star called Cepheid Variables. These stars go through rhythmic pulsations where they have slightly rise and fall in their brightness.

The period of oscillation is directly linked to the Cepheid’s intrinsic brightness. Once the star’s true brightness is known, astronomers can calculate a precise distance to it.

After eight years of Cepheid studies, researchers discovered that the expansion rate increases by 70 kilometers per second for every 3.26 million light-years If you stare out into space.

The expansion rate of the universe was predicted to be slower than what Hubble actually saw. By combining the Standard Cosmological Model of the Universe and measurements by the European Space Agency’s Planck mission (which observed the relic cosmic microwave background from 13.8 billion years ago), astronomers predict a lower value for the Hubble constant: 67.5 plus or minus 0.5 kilometers per second per megaparsec, compared to the SHOES team’s estimate of 73.

When talking about the SHOES team’s work, Dr. Licia Verde, a cosmologist at ICREA and the ICC-University of Barcelona, said:

“The Hubble constant is a very special number. It can be used to find the balance from the past to the present for an end-to-end test of our understanding of the universe. This took a phenomenal amount of detailed work.”

Hubble Measuring Age of the Universe

If we believe in the fact that Hubble’s Law states us that the universe is expanding, it also denotes that in the past the universe was much smaller than it is today.

We can actually calculate an estimate for the age of the Universe from Hubble’s Law. Let us calculate it by taking the following assumptions.

Suppose that the distance between two galaxies is D. The apparent velocity with which they are moving away from each other is v. At some point of time, the galaxies were touching, and we can consider that it was time of the Big Bang.

If you take the separation between the two galaxies (D) and divide that by the apparent velocity (v), then it will tell us how much time the galaxies will take to reach their current separation.

So, the time it has taken for the galaxies to reach their current separations is t=D/v.

But, from Hubble’s Law, we know that v= H₀D.

The best estimate for H₀=73km/s/Mpc . To turn this into an age, we’ll have to do a unit conversion.

Other more exact observations, such as those made by the Spitzer Space Telescope, have been made since Hubble’s measurement of the expansion of the Universe. However, these many measures haven’t always agreed, leading to a puzzle and new possibilities. New data from NASA’s Roman Space Telescope or from gravitational waves could help settle the debate.