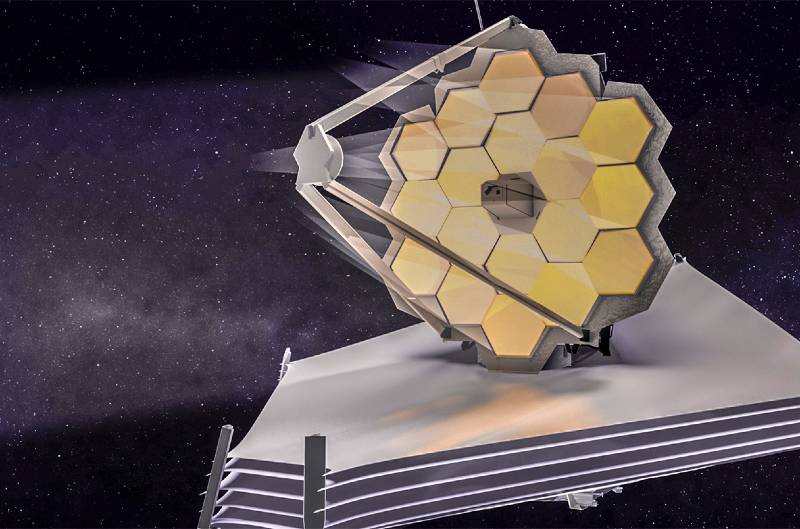 On July 12, 2022, Nasa Is Planning To Release The First Images Taken By The James Webb Space Telescope.

They will herald the start of the next phase in astronomy as Webb, the biggest space telescope ever built, starts gathering data that will aid in deciphering the origins of the cosmos and enable scientists to explore exoplanets in greater detail than before.

However, it has taken close to eight months of travel, setup, testing, and calibration to ensure that this most priceless of telescopes is prepared for use.

Marcia Rieke, an astronomer at the University of Arizona who is in charge of one of Webb’s four cameras, describes the work that she and her colleagues have been doing to set up and operate this telescope.

What’s Happened Since The Telescope Was Launched?

The James Webb Space Telescope was launched successfully on December 25, 2021, and the long process of positioning the telescope in its final orbit, unfolding the telescope, and, when everything cooled, calibrating the onboard cameras and sensors began.

As flawlessly as a rocket launch can proceed, the launch took place. One of the first things my NASA colleagues noticed was that the telescope had more fuel than was anticipated to alter its orbit later. As a result, Webb will be able to operate far beyond the mission’s original 10-year target.

What Happened When Webb Arrived At Its Orbit?

When Webb finally arrived in orbit after a month-long voyage, the first step was to unfold the telescope.

Everything went off without a hitch, starting with the risky deployment of the solar screen that keeps the telescope cool, then the mirror alignment and sensor activation.

Our crew started keeping an eye on the temperatures of the four cameras and spectrometers once the sun screen was opened, waiting for them to cool down to a point where we could begin testing each of the 17 various operating modes for the devices.

Which Equipment Were Checked First?

The team turned on the Near Infrared Camera, or NIRCam, as the first instrument after the cameras on Webb cooled just as the engineers had planned.

Infrared light emitted by the oldest stars or galaxies in the universe is studied by NIRCam. However, NIRCam first had to assist in aligning the 18 different parts of Webb’s mirror before it could do that.

It was cold enough for NIRCam to start detecting light reflected off of Webb’s mirror segments and create the telescope’s initial photographs once it had cooled to minus 280 F. When the first light image appeared, the NIRCam team was overjoyed. We had customers!

What Did The Photographs Demonstrate?

These photographs demonstrated that the alignment was significantly better than the worst-case situations we had anticipated, and that the mirror segments were all pointed towards a relatively small region of the sky.

At this time, Webb’s Fine Guidance Sensor also started working. Similar to image stabilization in consumer digital cameras, this sensor aids in maintaining the telescope’s steady pointing at a target.

My coworkers on the NIRCam team helped fine-tune the alignment of the mirror segments until it was nearly perfect, far better than what was necessary for a successful mission. We used the star HD84800 as a reference point.

What Sensors Came Online Then?

NIRSpec is made to gauge the intensity of various light wavelengths emanating from a target. The composition and temperature of far-off stars and galaxies can be determined using this information. In order to accomplish this, NIRSpec looks at its target item through a slit that blocks out all other light.

NIRSpec can examine 100 items simultaneously thanks to its numerous apertures.

The slits were correctly responding to commands when team members first tested the multiple targets option, instructing the slits to open and close. Future steps will determine the precise direction in which the slits point and verify that numerous targets can be seen at once.

The NIRISS Equipment Of Webb Telescope.

A slitless spectrograph called NIRISS will also separate light into its various wavelengths; however, it is better at observing everything in a field rather than simply things on slits.

It has multiple modes, two of which are created especially for examining exoplanets that are exceptionally near to their parent stars.

The instrument tests and calibrations have gone well so far, and the findings indicate that NIRSpec and NIRISS will both give data that is even better than what engineers had anticipated before launch.

What Was The Last Instrument To Go Live?

The Mid-Infrared Instrument, or MIRI, was the last device to start up on Webb. MIRI is made to capture images of dim, tiny objects like asteroids as well as far-off or recently formed galaxies.

This sensor must be maintained at minus 449 F, or only 11 degrees F above absolute zero, is Webb’s equipment that can detect the longest wavelengths.

Why Was MIRI So Late In Commissioning?

If it were any warmer, the detectors would only detect the instrument’s internal heat and not the fascinating extraterrestrial objects. Prior to the instrument being turned on, MIRI’s internal cooling system required additional time to reach full functionality.

There may be galaxies that are entirely obscured by dust and invisible to telescopes like Hubble, which collect light at wavelengths that are similar to those seen by the human eye. This information has been discovered by radio astronomers.

Due to the extremely low temperatures, MIRI is incredibly sensitive to mid-infrared light, which can more easily penetrate through dust.

Together with Webb’s enormous mirror, this sensitivity enables MIRI to see through these dust clouds and uncover the stars and structures in these galaxies for the first time.

What’s Next For Webb?

All of Webb’s equipment are operational and have captured their initial pictures as of June 15, 2022. There are just three left after testing and certification of four imaging modes, three time series models, and three spectroscopic modes.

A collection of teaser observations that highlight Webb’s potential will be made available by NASA on July 12th. These will display the splendor of Webb images and provide astronomers with a genuine preview of the caliber of the data they will acquire.

After July 12, the James Webb Space Telescope will begin conducting its science mission full-time. Astronomers around the world are eagerly awaiting the first data from the most potent space telescope ever built, even though the precise schedule for the upcoming year has not yet been made public.