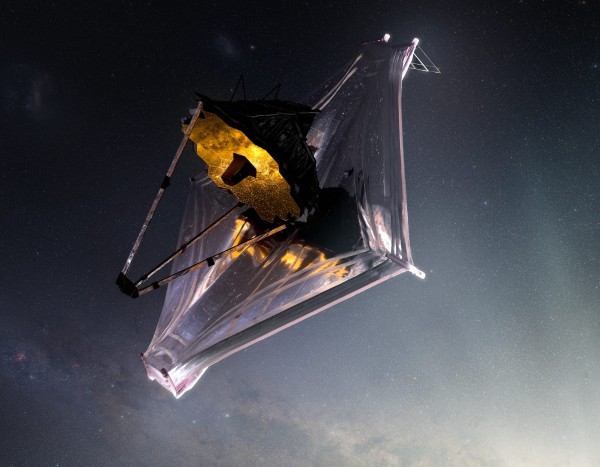 NASA’s Webb has been going through a six-month period of preparation before it can begin science work, calibrating its sensors to its space environment and aligning its mirrors.

It is the largest and most sophisticated observatory ever launched into orbit. Years of new technology development and mission planning have culminated in the first photographs and data: A display of Webb at full capacity, ready to begin its science mission and unveil the infrared Universe.

“This initial release will be a historic occasion for the project, revealing how Webb will alter our understanding of the Universe,” stated Chris Evans, ESA Webb Project Scientist. “We’re excited to share the experience of seeing these initial photos and spectra with the general public across Europe”.

How Were Webb’s First Photographs Created?

“We are on the verge of an extremely exciting moment of learning about our Universe as we near the finish of preparing the observatory for science.

Webb’s initial full-color photographs will provide a once-in-a-lifetime opportunity for us all to pause and marvel at a view that humanity has never seen before, ” Webb mission scientist Eric Smith at NASA Headquarters in Washington.

“These photos will be the result of decades of hard work, talent, and dreams—but they will only be the beginning.”

It took an international partnership of NASA, ESA, the Canadian Space Agency, and the Space Telescope Science Institute (STScI) in Baltimore, Maryland, more than five years to decide what Webb should look at first.

Webb project scientist Klaus Pontoppidan remarked, “Our goals for Webb’s first photographs and data are to both showcase the telescope’s strong equipment and to preview the science mission to come.” They’ll undoubtedly give astronomers and the general public a long-awaited ‘wow.’

When Can The Photos And Observations Be Taken?

The first photos and spectroscopic observations will be taken after each of Webb’s instruments has been calibrated, tested, and given the green light by its science and engineering teams.

To put Webb’s powerful powers to the test, the team will go through a list of targets that have been pre-selected and prioritized by an international committee.

The production crew will then receive data from Webb’s instrument scientists and transform it into photographs for astronomers and the general public.

Alyssa Pagan, a science visualization developer at STScI, remarked, “I feel really blessed to be a part of it.”

“It can take anywhere from weeks to a month to go from raw telescope data to a final, clean image that transmits scientific knowledge about the Universe,” Pagan added.

What Can We Expect To See?

While thorough planning for Webb’s initial full-color photographs has been going for some time, the new telescope’s capability makes it difficult to forecast how the first images will look.

Early alignment images have already proven Webb’s infrared view’s unrivaled sharpness. These new photographs, on the other hand, will be the first to be in full color and to show off Webb’s full scientific capabilities.

Webb will capture spectroscopic data, with comprehensive information that astronomers can read in light, in addition to pictures.

The early Universe, the evolution of galaxies through time, the lifetime of stars, and other worlds are among the science issues that inspired the mission and will be the focus of its work in the first Images package of materials.

Webb’s commissioning data, which includes measurements acquired while aligning the telescope and configuring the equipment, will be made public as well.

What’s More For The Webb’s Observations?

Webb’s scientific observations will continue when it captures its initial photographs, continuing to examine the mission’s main science themes.

Teams have already filed for time to utilize the telescope in what astronomers refer to as its first “cycle,” or year of observations, through a competitive process. Observations are meticulously planned to make the most of the telescope’s time.

The official start of Webb’s general scientific operations, the task to which it was created is marked by these observations. Webb will be used by astronomers to observe the infrared Universe, evaluate the data, and publish scientific publications based on their findings.

Aside from what is already planned for Webb, astronomers cannot predict the unexpected findings. For example, dark energy was completely unknown when the NASA/ESA Hubble Space Telescope was launched in 1990. It is now one of the most fascinating fields of astronomy. What will Webb find?