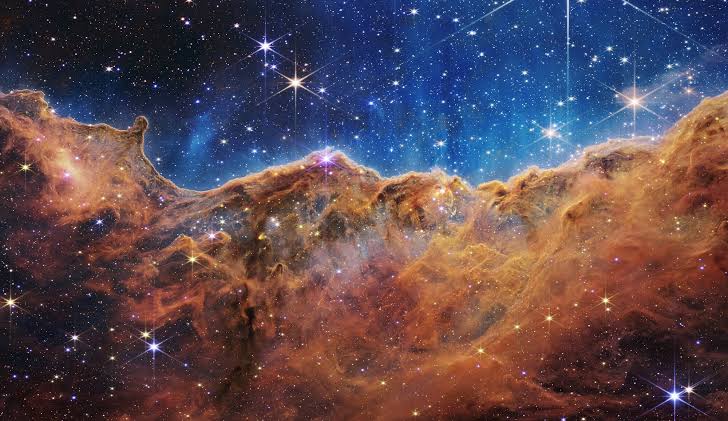 The Christmas Day 2021 launch of the James Webb Space Telescope (JWST) is already revolutionizing our knowledge of planets both inside and beyond our solar system. JWST is a multifunctional satellite observatory that is 1.5 million kilometers from Earth and has a clear view of the universe from its orbit. This provides it a significant advantage over telescopes on the ground, which have to look out into space through the hazy atmosphere of Earth.

JWST’s spectroscopic capabilities enable it to use five times as much light as the Hubble Space Telescope (HST) to find minuscule signals from far-off planets.

According to Jérémy Leconte, an astrophysicist at the University of Bordeaux in France, “only a very tiny number of molecules, such as water, carbon monoxide, and sodium, could be detected before the James Webb Space Telescope.”

Numerous exoplanets (those outside of our solar system) have been found by previous missions and studies from Earth, and astronomers are already using JWST’s special capabilities to investigate the elements of life in the cosmos.

Astrophysicists have been able to observe an exoplanet orbiting a sun-like star 700 light-years away thanks to the James Webb telescope. Astronomers can observe the chemistry of extraterrestrial skies thanks to starlight that passes through the atmosphere of the hot, Jupiter-like planet WASP-39b.

Leconte declared, “This certainly is a game-changer.” “Planets orbiting nearby stars need to be our primary focus. This is our finest opportunity to describe their environments.”

“He is particularly interested in the atmospheres of the seven rocky planets that orbit the dwarf TRAPPIST-1 star, about 40 light-years away. The planets are in the habitable zone, where the temperature is just right for liquid water to exist.”

What Are Scientists’ Observations?

Scientists typically assume that an exoplanet’s atmosphere is homogeneous, with the same conditions present everywhere, when making predictions about it. It’s improbable that this is true.

As part of the WHIPLASH project, Leconte created a 3D simulator to conduct testing on fictitious planets with known properties, like the existence of liquid water. Running these tests on simulated planets is similar to having the solutions in the back of a math textbook: tests can be done, and the results can be compared with the known features.

The Observation Of More Exoplanets

In the upcoming years, tens of thousands more exoplanets—including those spotted with the new space telescope—will undoubtedly be located. If the predictions made by their models are accurate, scientists want to know. The four largest planets in our solar system—Jupiter, Saturn, Uranus, and Neptune—might hold some of the solutions to problems pertaining to distant exoplanets.

While the Cassini spacecraft supplied information on Saturn, the Juno orbiter mission offered breathtaking pictures of Jupiter. Earlier, when passing through Neptune and Uranus, the Voyager 2 spacecraft captured photos of their atmospheres.

Planetary scientist Leigh Fletcher at the University of Leicester said, “We have captured glorious images from these planets, with all these whirling storm systems and candy-colored stripes, which are large-scale weather circulation patterns. But it is just a snapshot of their atmospheres and climates at a particular point in time.”

Fletcher is the leader of a project called GIANTCLIMES that has put the parts of their constantly changing atmospheres together to better understand climate and weather patterns.

They studied the four large planets’ natural cycles over many years using historical data collected by telescopes on Earth. The much anticipated new maps of these worlds from the JWST have been made possible because of our work.

Even though Uranus and Neptune are the solar system’s most distant planets, they nevertheless have a mystique about them due to their reputation as “ice giants.” Methane, hydrogen, and helium make up the majority of their composition.

“With these two planets, there is “so much opportunity for brand-new discoveries,” according to Fletcher. In contrast to the more well investigated gas giants (Jupiter and Saturn), we don’t have a solid understanding of how these ice giants’ atmospheres function.”

Meanwhile, Neptune may experience methane snowstorms, and Saturn is known to have enormous storm systems. Temperature is usually a major factor in weather patterns, with Neptune and Uranus, which are far away, experiencing extremely cold temperatures.

With the release of the first-ever maps of the air temperatures high in Uranus’ stratosphere, there has already been progress. Surprising seasonal circulation patterns and bright regions above the poles were revealed.

Also predicted are the extraordinarily long seasons of big planets, which are frequently named on their axis. In the same way that they do on Earth, Fletcher said, “we do witness seasons modifying atmospheric temperatures, clouds, and precipitation. However, we also find regular natural cycles in the atmosphere that are not seasonal. We’re only now beginning to comprehend the climate on massive planets.”

The crew was shocked to discover that the planet seemed to have cooled throughout the summer rather than warmed despite the fact that Neptune’s atmosphere displayed significant storm and weather activity.

The opening for the JWST’s arrival is GIANTCLIMES. A comparison of the planets will be possible as the new telescope has already examined Jupiter and will soon shift its attention to Uranus, Saturn, and eventually Neptune early in 2023.

We are trying to understand how the climates function on the four different worlds, according to Fletcher. More understanding of the cyclical patterns of climatic variability seen on Jupiter, Saturn, Uranus, and Neptune is anticipated. Even more information about Earth’s climate and weather patterns may be revealed through their extremes.

Research into exoplanets can also benefit from an understanding of the four giants. The variety of planetary atmospheres in our solar system serve as a model for those we could anticipate to find around other stars, according to Fletcher.

Fletcher said, “The ultimate goal is to try to have a weather forecast or climate prediction for all of the planets, not just those in our solar system. Maybe these exoplanetary targets also exhibit similar natural cycles.

JWST will give astronomers better views into the skies of planets outside the solar system as well as of planets light years away, some of which may have planetary environments that are suitable for extraterrestrial life and be protected by protective atmospheres.

“Exoplanets and cosmology, which ultimately boils down to the question of God and life—namely, where does the cosmos come from and where do we come from—are two areas of astrophysics that are advancing quickly, according to Leconte.”