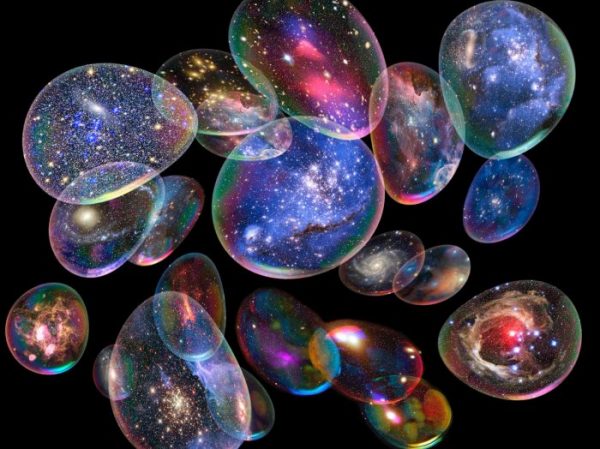 On Christmas Eve, 1968, Apollo 8 astronaut Bill Anders took a picture that would soon reframe humanity’s view of the universe. It was an image of Earth, but from the moon’s vantage point.

When you look at this picture, a crisp planet stares back at you, levitating just above the lunar horizon like a turquoise sunrise. And this very resemblance earned Anders’ photograph the perfect name: “Earthrise.”

Some Pictures Of Planets

Scientists have obtained absolutely mind-blowing images of Saturn’s stony rings, Neptune’s azure colors, and even Jupiter’s orange marbled stripes since Anders took his shot from a moon-orbiting spacecraft, but these shots only touch the surface of our universe’s planetary society.

Can We Ever See These Exoplanets?

However, these hazy exoplanets may soon become clear. A group of Stanford academics described a futuristic telescope design in The Astrophysical Journal on Tuesday that could conceivably take images of foreign orbs with enough resolution to equal Anders’ classic Earthrise.

In a statement, research co-author Bruce Macintosh said, “With this technology, we expect to snap a picture of a planet 100 light-years away that has the same effect as Apollo 8’s photograph of Earth.” Macintosh is a physics professor and the deputy director of the Kavli Institute for Particle Astrophysics and Cosmology at Stanford University.

How Will This Telescope Function?

The telescope would function by utilizing a mind-boggling phenomena known as gravitational lensing, according to the researchers.

What Is Gravitational Lensing?

Gravitational lensing occurs when light from stars or other space objects passes through a supermassive, gravitationally dense cosmic body and becomes bent and distorted. This is due to general relativity, a well-known theory of gravity introduced by Albert Einstein in the early 1900s.

For gravitational lensing, all we need to know is that general relativity indicates that space and time are intertwined like a large piece of moldable fabric. Whenever there’s an object in it, this fabric can bend and twist like your clothing.

Galaxy clusters warp it like no other, black holes warp a lot. The Earth warps a little bit, the moon warps a bit, and even you warp it a tiny bit. Everything warps it, but the conclusion is, the bigger the object, the more warping you get.

When light passes through one of these warps, a magnifying glass effect is formed, which is necessary for gravitational lensing.

How Does Astronomers Use This Effect?

Astronomers typically exploit this effect at the most distorted portions of the sky, usually galaxy clusters to “magnify” distant objects. Gravitational lensing improves their perception of whatever they’re looking at.

Related: What would happen to gravity if time stopped?

What Are Gravity Telescopes?

The gravity telescope concept is based on the same notion, but with a few modifications.

The first distinction is that instead of a galaxy cluster, the researchers propose using our own sun as the gravity telescope’s warp source.

The gravity telescope necessitates an additional step that resembles a Sherlock Holmes-style deduction.

How Would This Device Work?

The device, according to the paper, would first capture the light of the sun-warped exoplanet, but then the telescope’s so-called solar gravitational lens would use that light data to work backward and reconstruct what the exoplanet actually looked like in the first place.

The researchers used current Earth photos taken by the satellite Dscovr to demonstrate how this would work. This spacecraft is perfectly positioned between our planet and the sun for a potential gravity telescope test.

The researchers used a computer model to simulate how Earth would appear via the sun’s gravitational lensing effects. They then created and implemented an algorithm to “unbend” or “unwarp” the light and begin the rebuilding process.

In a release, Alexander Madurowicz, a doctoral student at the Kavli Institute for Particle Astrophysics and Cosmology and co-author of the study said, “By unbending the light curved by the sun, an image can be formed well beyond that of an ordinary telescope.” “We will be able to explore the precise dynamics of the planet’s atmospheres, as well as the distributions of clouds and surface features, something we can’t do currently.”

“The scientific potential is an unexplored mystery,” he continued, “because it’s opening up this new observation capability that doesn’t exist yet.”

How Would Scientists Take Sharp Images Of Exoplanets?

Is There Any Catch In This Process?

The gravity telescope must be at least 14 times further away from the sun than Pluto for any of this to work.

“Extreme patience with traditional and existing rocket technology,” the study’s authors write, “or improvements in propulsion to reach greater departure velocity, such as a solar sail.”

In other words, getting the gravity telescope to where we need it would take a century. Solar sails, such as this one, have the potential to shorten journey time to 20 or 40 years, but they are still a long way off from becoming commonplace.

Nonetheless, the researchers say they’re motivated by the potential for getting magnificent exoplanet photos in the future. It may, for example, help in the search for proof of extraterrestrial life.

“This is one of the final steps in determining whether life exists on distant planets,” Macintosh explained. “You could look at a picture of another planet and see green stripes that are forests and blue blotches that are oceans, and it would be difficult to argue that it doesn’t have life.”

Even now, looking at Earthrise evokes a strange sensation in us a sense of disbelief that we’re going through space on what amounts to a massive round ship.