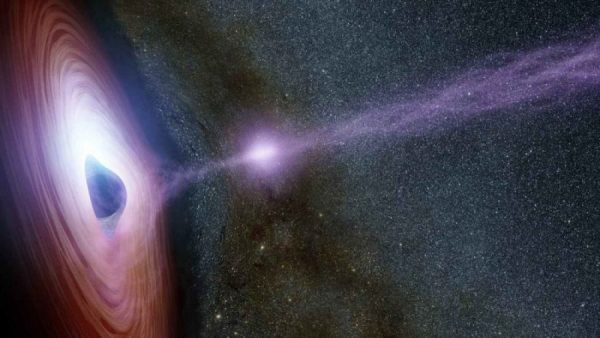 Just because black holes are strange doesn’t mean everything you hear about them is true.

From all that we’ve learnt so far, it’s either the case that black holes really do exist, or the laws of physics as we know them need to be modified.

Scientists are always excited to see the black holes in a way we had never imagined before, and tell us about what a black hole looked like, what its size, properties etc. With lots of efforts finally made in 2019, we got an opportunity to capture the first ever black hole.

Ever since, scientists have been stunned and are excitingly looking for the second one.

The First Picture Of Black Hole Ever Taken

When the Event Horizon Telescope (EHT) team released its first-ever black hole image on April 10, 2019, a supermassive black hole weighing 6.5 million solar masses came to light. In the picture constructed by 200 researchers from eight telescopes performing four nights of research to capture 6 petabytes (1 million gigabytes) we see a glowing ring and stark shadow marking an edge of no return.

After this threshold, it is known as the event horizon, the black hole produces a dark region in space where not even light can escape its grasp. Next up is a black hole in the Milky Way. But it will be more difficult to see.

Read: What did Albert Einstein say about Wormholes?

How To Capture The Next Black Hole Image?

On the one hand, it is important. This scientific achievement can only be achieved by turning the entire planet into one giant telescope.

In order to create the 2019 image, EHT collected signals from eight terrestrial radio telescopes around the world and then synthesized that data to create the image. This Earth scale is necessary because black holes are terribly powerful and massive, but physically very small. The larger the telescope, the smaller the objects scientists can see.

Karl Schwarzschild used Albert Einstein’s general theory of relativity in 1916 for black hole theory, but Einstein rejected it. Although general relativity can be used to conceptualize black holes, EHT is the first to confirm the existence of event horizons and allows the theory to be tuned.

Einstein’s general theory of relativity must change someday,” Kazunori Akiyama, an EHT fellow and astrophysicist at the MIT Haystack Observatory, said,”This is really the mission of modern physics.”

Read: What was Stephen Hawking’s theory of Black holes?

Einstein’s Theory Is Helpful To Capture The Black Holes

“It’s amazing to confirm that this effect is actually what we expected,” said Sarah Issaun, an EHT fellow at the Harvard and Smithsonian Center for Astrophysics and a NASA Einstein Fellow.

Isaac Newton developed the concept of gravity many centuries before Einstein. The latter, however, developed a mathematical theory that Newton’s theory did not work well on the cosmic scale.

So far, only one black hole has been photographed. But as more black holes get photographed, EHT researchers hope to continue to “carefully” follow in the footsteps of these scientific giants, including studying the closest supermassive black hole to Earth.

How Can We Get The Images Of Sagittarius A?

Getting an image of the Milky Way’s central black hole called Sagittarius A would be difficult because we’re looking into it instead of looking out.

The 2019 image shows bright gas orbiting clockwise around a massive black hole at the center of Messier 87 (M87), a galaxy located 55 million light-years from Earth. EHT took two pictures of him.

The second image, in addition to what is known from the first, will help scientists better understand the gigantic plasma jets ejecting from supermassive black holes stretching beyond the galaxy.

Also read: Will we ever know What is inside a Black hole?

Challenges In Photographing The Sagittarius A

According to Akiyama, EHT first targeted a distant black hole because it is harder to see Sgr A.

Since, SgrA is much smaller than M87. Matter at the edges of both black holes is moving at a speed close to the speed of light, while matter orbiting the center of A takes less time to rotate. This causes the shape of this glowing gas to change more often, Making it difficult for its image. M87 is a relatively stable object in the night sky because it is a millionth of a millionths from Earth.

We can also see only Sgr A. Scientists think they know how to explain the large amounts of ionized gas in our galaxy that separates Earth from black holes, but this material still complicates the visualization process.

How Will The Images Help Scientists?

By learning about the second black hole, the EHT team can tell where the black hole quality overlaps and where it differs.
Issaun said the first images of the Sgr A could be ready and might come this year.