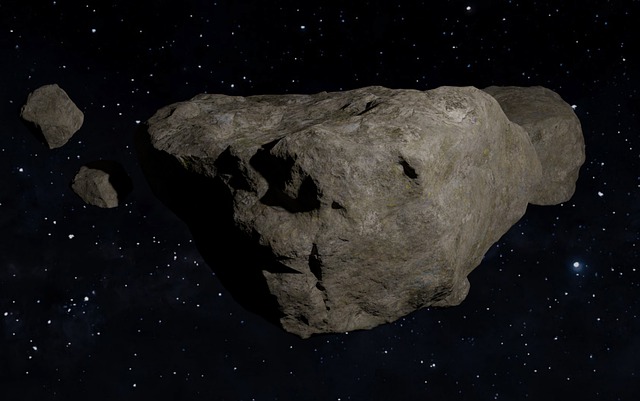 Today we will go ahead to know about another unique untold aspect of space. Sometimes we often see the shining thing breaking in the sky in the night with our eyes. And we consider these falling objects as stars.

So is it really a star or some other meteor Or meteorite that we see breaking through the earth?

Our science knows these collapsing objects in the sky such as meteors, meteorites, asteroids, or comets. We all see them so bright in the sky.

Every day our Earth is bombarded with tons of space dust and other small objects. And many times the size of a car or even bigger meteors and meteorites enter the Earth’s atmosphere, but before reaching the surface of the Earth, our atmosphere burns to ashes.

But before we go further on this topic, you should know that “What is the main difference between Meteors and Meteorites?” This is an important part of this article.

Moving forward in this article, we will try to know in detail about meteors and meteorites. And let us shed light on the major differences found between these two. With which you will be able to know the events happening in space more closely

Before we go further in this subject, before you know the difference between meteor and meteorite, it becomes very important for us to know what are meteors and meteorites.

Meteors are always visible to us in the form of bright streaks of light in the sky, which usually shines for a few moments in the sky and disappear.

Meteors are usually particles of planets and dust and gas left behind by comets, which, when they pass near our earth, get attracted by the gravity of the earth and start shining on their own. Which we often think of as a falling star.

How are meteors formed?

The tiny particles that makeup meteors typically range from the size of a grain of sand to the size of a pea. When it enters the atmosphere of our earth, it gets heated by friction with the air,

These meteors completely burn up at an altitude of about 80 km – 130 km above the Earth’s surface. And in its final moments, traces of glowing electrically charged gases that surround and flow from the meteorite are visible in the atmosphere. These brief, bright streaks of light are sometimes called ‘shooting stars.

If it is said in simple words about the meteorite, then the meteorite is a cosmic stone that revolves here and there in the universe, or around a planet. Their size can be from a small stone to a big mountain or even bigger and it moves in the universe.

Meteorites are also found in the form of small pieces found in “outer space”, they are made of stone or any metal. When they enter the Earth’s atmosphere from space, they generate heat due to friction. And they start shining.

You will be surprised to know that in a year about 500 meteorites reach the surface of our earth, and every day about 500 tons of meteorite debris falls on the earth,

But only ten-fifteen of these are known about the meteorite. Where did it fall on the earth, what is their size, the rest of the meteorites fall in the sea? Which we don’t even know about.

The largest meteorite ever found fell in South Africa. You will be surprised to know that the place where that meteorite fell is still lying there. Its weight is around 132,000 pounds.

And about 25 thousand years ago, a meteorite also fell in Arizona, America. Its weight is one million tons, which is still there. In India too, about 100 years ago, a crater was formed in the goldsmith area of ​​Maharashtra due to the fall of a meteorite.

This entire research of meteorites is kept under meteorite science. These are extremely important for our research because through this we can better understand the origin and structure of the solar system.

Depending on how much metal or stony silicate material is present in the meteorite, meteorites are made of iron, stony-iron or stone.

They may also represent the center (iron), inner (stone-iron) and outer parts (stone) of minor planetary bodies that collided in the asteroid belt, or materials that clump together under gravity to form planetary bodies. failed in They also orbit many planets in space.

What are meteorites made of and what types are they?

Depending on how much metal or stony silicate material is present in the meteorite, meteorites are made of iron, stony-iron or stone.

They may also represent the center (iron), inner (stone-iron) and outer parts (stone) of minor planetary bodies that collided in the asteroid belt, or materials that clump together under gravity to form planetary bodies. failed in They also orbit many planets in space.

These types of stones are the most common type of meteorite. It can be of medium to large mass such as Wildara, a 0.5 ton stone found in Western Australia. It is mainly composed of feldspar and scattered nickel-iron with the silicate minerals olivine and pyroxene. It is composed of small, spherical, concretory minerals (chondrules) and (chondrites).

These types of meteorites are in the form of iron-like material and are the second most common type of meteorite, they have the highest mass, they can be compared with the 12 ton ‘Mundrabilla’ iron. It consists mainly of iron composed of dense silver-nickel-iron metal alloys (taenite and kamacite) and ranges from about 4% (hexahedrite class) to 6 – 12% (octahedrite class) to 20% (etexite class). There is a range of nickel materials.

Stony-iron meteorites of this type are the most common type of meteorite. They contain a type (Palacite class) silicate mineral olivine, and approximately equal amounts of nickel-iron metal (green vitreous olivine crystals set in a continuous mesh of silver-nickel-iron). And there is also a mixture of pyroxene with (brecciated) nickel-iron.

Main Difference between Meteor and meteorites.

1: – When meteoroids enter the Earth’s atmosphere (or any other planet, such as Mars) burning at very high speed, they appear as fireballs or “shooting stars” and This form of the meteorite is called a meteor. On the contrary, when the part of meteors that escapes from burning in our atmosphere and reaches the surface of the earth is called a meteorite.

2:- If understood in easy language, then meteorite is a cosmic stone whose size can be from small stone to big mountain or it can be bigger than that. Whereas meteors range in size from very small to a small ball. Which often burns up in the atmosphere before reaching the earth.

3:- Meteor is commonly known by three names such as falling star, wish-fulfilling star and shooting star are three common names of a meteor. Actually, the meteor is not a real object, but this image of light is formed when the meteorite enters our atmosphere at high speed and starts burning on its own due to the friction present in the air molecules.

Whereas meteorites have the ability to hit the ground due to their size and speed, due to this it is also called “fall”. There are 3 main types of meteorites by scientists and astrologers namely stone, iron, and stone-iron (a stone-type meteorite with stones in it).

4:- Meteors can usually be easily seen at night time and only some see them as bright because of their small size. Whereas the size of meteorites is big and we can see them by touching them after some time after hitting the earth.

5: – By studying meteorites, our scientists can find out evidence of the origin of space. Because a real form of them reaches the surface of the earth. Whereas meteors burn to ashes in our atmosphere and its debris fails in the atmosphere.

Our scientists believe that the origin of our earth and our life is also related to some of the other space phenomena. Whatever meteor or meteorite body is in our space. Their age is more than the age of our earth. So it would be easy to say that all these meteorites are somehow related to our existence.

In today’s article, we have studied detailed information about meteors and meteorites. You can study more such exciting articles on our site.

Thank’s to all for joining us.

FAQ Related to difference between meteors and meteorites?

Ans:- It would be wrong to call the meteorite actually a stone, it is a meteorite, which was found last year in the Sahara desert of our earth. When scientists have investigated it, it has been found that its age is 4 billion 56 million years old.

Q2. What would happen if the meteorite collided with the earth?

Ans:- If a meteorite whose size is very large and it collided with our earth, then there could be huge destruction on the earth. According to research by scientists, there are many meteorites, comets, and asteroids floating in the universe. They are sometimes uncontrollable and if they come under the gravitation of any planet, they end by colliding with it.

Q3. Why does a meteorite fall?

Q4. Which lake was formed by the fall of a meteorite?

Ans:- Do you know that the “Lonar Lake” saltwater lake has been formed due to meteorite fall, this lake is in the Buldhana district of Maharashtra, India. Our scientists believe that this lake is formed by the collision of a meteorite. And its saltwater shows that there was once a sea here. This lake would have been formed due to the collision of a meteorite weighing about one million tons.

Q5. What do you understand by a meteorite?

Ans:- Meteoroids, which we can see in the sky innumerable bright bodies, which also revolve around many planets. Many meteorites also rain on our earth every day.

1 thought on “What is the main difference between Meteors and Meteorites? [2021]”