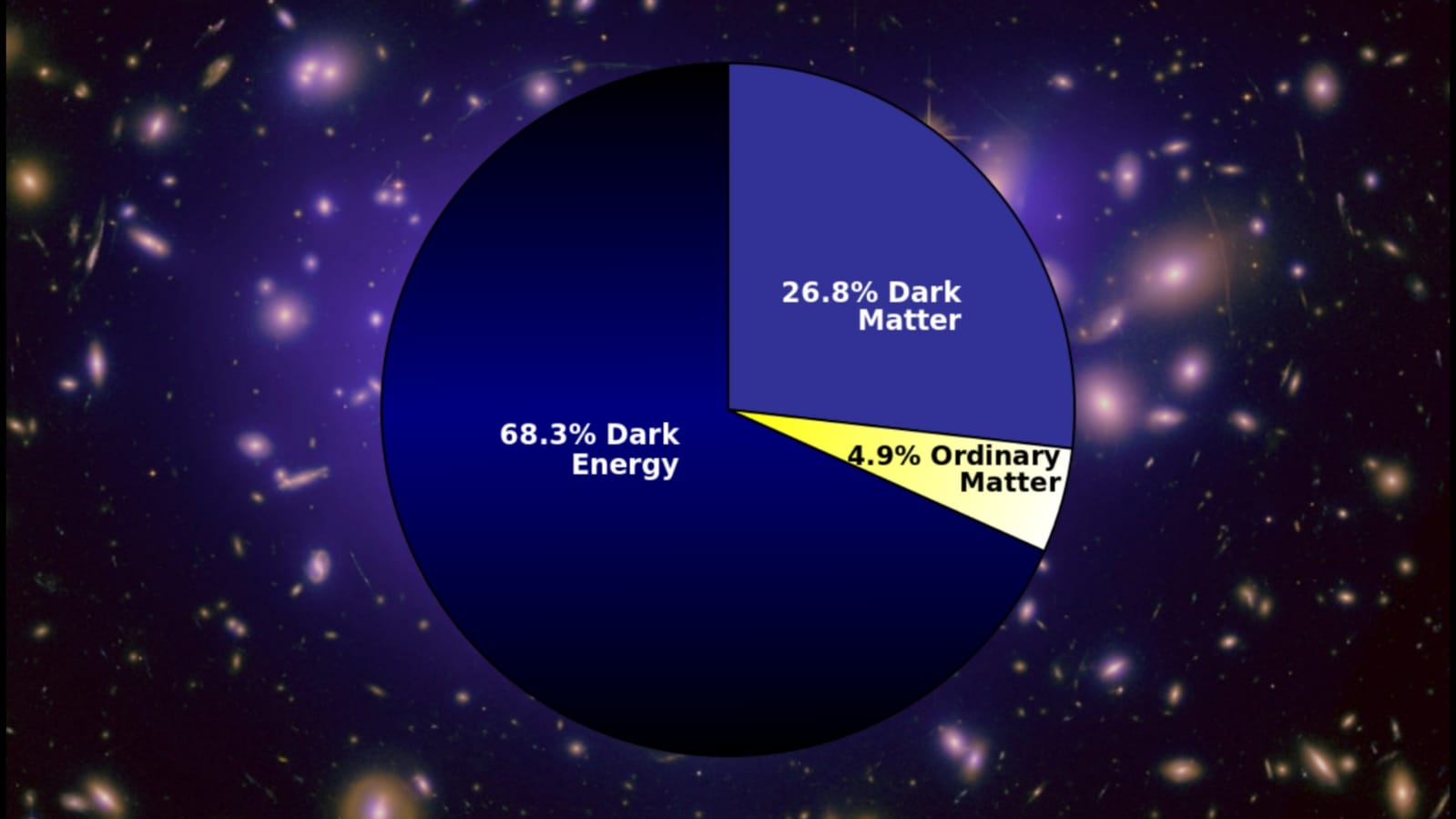 Dark matter accounts for 26% of all matter. The remaining – a meagre 6% is all the ordinary stuff we see and interact with on a daily basis.

Dark matter acts as an attracting force a cosmic cement that ties our world together. This is due to the fact that dark matter interacts with gravity yet does not reflect, absorb, or emit light. Meanwhile, dark energy is a repellent force a kind of anti-gravity that propels the universe’s ever-accelerating expansion.

Today, we will explore something new in this article about What Is the difference between Dark Energy and Dark Matter? So let’s jump into today’s article to answer all your questions.

What is Dark matter?

In the 1930s, Swiss-born astronomer Fritz Zwicky analysed photographs of the Coma Cluster’s about 1,000 galaxies, and he noticed something odd about their activity. The galaxies were moving so quickly that they should just fly apart. He hypothesised that they were kept together by some form of black matter.

When astronomers Vera Rubin and Kent Ford analysed the rotation speeds of individual galaxies decades later, they discovered a similar phenomena. Stars near the galaxy’s equator should circle faster than stars closer to the core. Planets in our solar system orbit in this manner.

Instead, scientists discovered that stars on the edges of a galaxy orbit equally as rapidly if not faster than those closer in. Rubin and Ford have discovered more proof that some type of unseen stuff is obviously holding the cosmos together.

Even stars on the outskirts are circling at great velocities, Rubin noted in a Discover interview. There must be a lot of mass for the stars to orbit that quickly, yet we can’t see it. This unseen material is referred to as dark matter. Astronomers now have a plethora of different lines of evidence pointing to the existence of dark matter.

Indeed, the presence of dark matter is so universally recognised that it is included in the so-called standard model of cosmology, which serves as the cornerstone for scientists’ understanding of the universe’s formation and history. We can’t explain how we got here without it.

What is Dark Energy?

For almost a century, astronomers have known that our universe is expanding. Telescopic measurements suggest that most galaxies are migrating away from one another, implying that the galaxies were closer together in the past. As a result, evidence for the Big Bang accumulated.

Astronomers, on the other hand, anticipated that the combined gravitational attraction of all the universe’s stars and galaxies would halt the universe’s expansion. Perhaps it will finally collapse in on itself, resulting in a Big Crunch.

That notion was refuted in the late 1990s when two groups of astronomers uncovered something illogical.

Researchers investigating supernovae in the most distant galaxies concluded that faraway galaxies were travelling faster away from us than closer galaxies. The cosmos wasn’t simply expanding; it was speeding up.

In 1998, astronomer Brian Schmidt, who led one of the two teams, told The New York Times, My own emotion is halfway between awe and terror. Amazement because I just did not anticipate this discovery, and fear because I know it will almost certainly be dismissed by the vast majority of astronomers who, like myself, are exceedingly sceptical of the unexpected.

“That doesn’t imply academics understand what dark energy is. Not at all. However, according to Albert Einstein’s theory of general relativity, they can describe its role in the cosmos.

Einstein was unaware of dark energy, although his calculations showed that new space may exist. In addition, Einstein incorporated a fudge factor in relativity known as the cosmological constant, which he created and subsequently regretted to keep the cosmos from collapsing inward. This concept permits energy to exist in space. However, scientists have yet to witness this force in action on Earth.

Einstein considered the discovery of American astronomer Edwin Hubble that the universe is not static but is expanding as his greatest blunder.

However, the observed amount of matter in the universe’s mass-energy budget was implausibly low, implying that some unknown “missing component, similar to the cosmological constant, was necessary to make up the gap. The first direct evidence for the presence of this component, termed dark energy, was provided in 1998.

Related: What is the evidence for Dark Energy in the Universe?

Is there dark matter on earth?

Because dark matter has yet to be directly seen, if it exists, it must interact with regular baryonic matter and radiation only through gravity.The bulk of dark matter is considered to be non-baryonic in nature, and it may be composed of undiscovered subatomic particles.

What is dark enery made of?

Dark Energy is a theorised kind of energy that produces a negative, repulsive force, acting in the opposite direction of gravity. Dark Energy accounts for 72 percent of the universe’s total mass-energy density. The other major source is Dark Matter, with a little contribution from atoms or baryonic matter.

What does energy do?

A: Light energy is absorbed and transformed to heat. It will then radiate into space as infrared thermal radiation. Once it exits the Earth’s atmosphere, it will continue to travel in that shape for a long time.

To sum up, black matter and dark energy are comparable but directly opposed: the defunct excites while the latter repels. Furthermore, although dark matter affects individual galaxies, dark energy affects the whole universe.Furthermore, dark energy is unquestionably more potent since it may overcome attractive factors to promote faster growth 6.

Despite accounting for over half of the universe, scientists know relatively little about dark matter and dark energy. However, various trials are being carried out throughout the world, and experts are confident about finding a breakthrough in the next years.

Dark Energy Spectroscopic Instrument 8 and Euclid 9 are two projects that attempt to get a better understanding of the function of dark energy in the expansion of the cosmos.

Other studies, such as LUX-ZEPLIN 10 and SuperCDMS, are attempting to find WIMPs in order to obtain a better understanding of the nature of Dark Matter.

The results of such tests are significant because they have the potential to lead to a paradigm change in cosmology. The long-forgotten cosmological constant has already made a comeback. What effects will dark energy and dark matter have in the future?

1 thought on “What is the difference between Dark Energy and Dark Matter?”