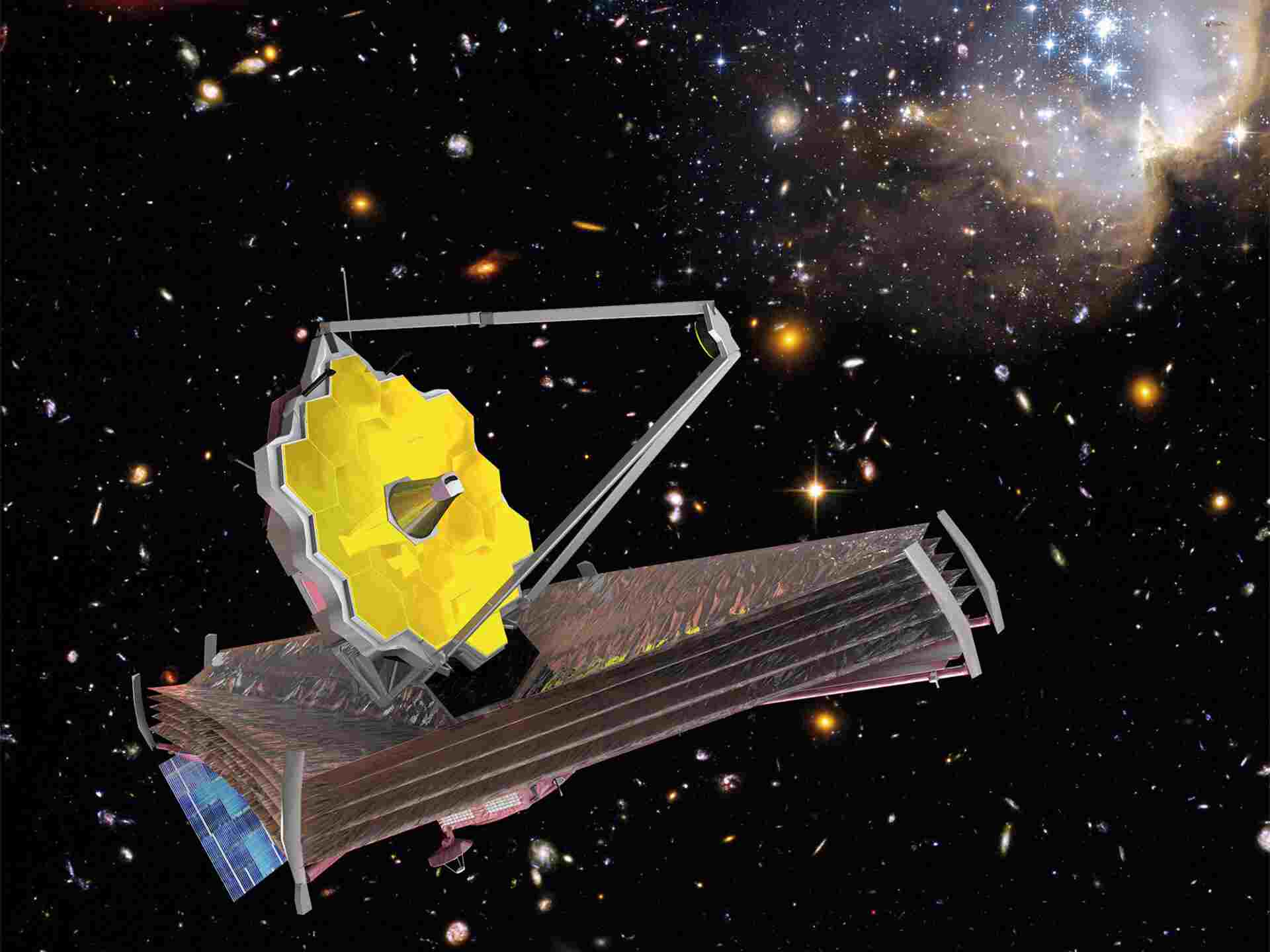 We have made a lot of telescopes, but Hubble brought a revolutionary change. In how we perceive this universe similarly with the launch of the James Webb telescope, humanity is close to solving some of the cosmic mysteries that have made astronomers and scientists scratch their heads.

One of these mysteries is the dark matter that is very strange and is beyond our understanding. But we shouldn’t stop seeking questions and finding answers with the highly advanced space telescope the James Webb Telescope we can have answers to some of the mind twisting mysteries. As it is set out on its voyage to find our place in the ocean of the stars.

Let’s discuss the Dark Matter for going into any conclusion-

What is Dark Matter?

Our known universe is made up of about 27% of this mysterious and invisible matter called Dark Matter. Its existence was first suggested by a Swiss American astronomer, Fritz Zwicky in 1933.

Still, there has been very little or no progress even though it contributes to a huge proportion of our universe. They behave as if they would dictate the visible matter and energy in them by being more massive to them.

Now there’s something called dark energy when in 1998 scientists and astronomers discovered that the universe was not only expanding but also accelerating and there was some invisible force behind this expansion, then this invisible force was later termed as dark energy. There is one similarity between dark energy and dark matter, is that they are invisible and still a mystery.

Scientists and astronomers don’t know about what dark matter is made up of.

The JWST is yet another telescope that is developed by the US space agency NASA in collaboration with European (ESA) and Canadian (CSA) space agencies.

The JWST is a successor of the Hubble telescope but is more advanced and also shadows some of the defects of the previous telescopes. It was launched from Kourou, French Guiana on 25th December, 2021 on a European Space Agency’s Ariane 5 rocket.

The James Webb Space Telescope is named after an ex-administrator of NASA from 1961-1968 whose name was James E. Webb, and was administrator during many important programs like the Mercury, Gemini and Apollo.

The new telescope comes with some state of the art features. Here are some of them-

The James Webb Space Telescope’s mass is only half the mass of its predecessor Hubble. It has 18 separate hexagonal mirrors which are also gold coated beryllium primary mirrors and is 6.5m in diameter. Its actual light collecting area is about 6.25 times greater than that of the Hubble telescope.

JWST moves in a halo orbit, circling around a point in space known as the Sun-Earth L2 Lagrange point, which is approximately 1,500,000 km beyond Earth’s orbit around the Sun.

The Integrated Science Instrument Module (ISIM) provides electrical power, computing resources, cooling capability as well as structural stability to the Webb telescope; it is a framework of the telescope.

Why is the James Webb Space Telescope so important?

The James Webb Space Telescope could help us unravel some mysteries about dark matter, the beginning of the universe and the black holes.

Why Is There A Need For JWST?

The billion years that is missing is full of questions that are unanswered, such as how we ended up with such massive black holes, billions of times the mass of the sun”, a scientist named Nicco Cappelluti, an astrophysicist at the University of Miami, said, who also led the study.

Read more: Where is the James Webb Space Telescope now?

How is the James Webb Telescope going to analyze Dark Matter?

James Webb can’t see dark matter or dark energy, but it can help us to get a lot of information about it in some other ways, like scientists can measure how much mass is in the stars and galaxies, since galaxies can’t move without this invisible mass that is dark matter; also it can take high resolution and sharp pictures that can help scientists in locating dark matter by observing disturbances caused by gravitational lensing, and pointing them to where the dark matter is hiding.

For those who don’t know what gravitational lensing is-it is a phenomenon described by Einstein’s General Theory of Relativity which says that when a beam of light passes a large mass it will be slightly deflected as the fabric of space time is slightly curved because of its mass.

James Webb can as easily find these masses and determine what’s missing, or unobservable, which would then likely be dark matter. Webb can capture sharp images and see deep in the universe, thus it provides more access to the distant galaxies that have been hidden from the view of human civilization.

James Webb can also present statistics of galaxy evolution that can help scientists compare the observations to the theories of the role that dark matter played in the process, leading to some understanding of the amount and nature of the dark matter in the galaxies.

The James Webb Space Telescope is made to see deep into space and discover some new places in this universe. James Webb will help to study the early beginnings of the universe and the role of dark matter in the galaxies and the luminosity of galaxies, mass distribution and much more.

Thus, coming back to the question of whether it can see dark matter; well the answer is that the James Webb telescope is really powerful and can peek into distant parts of the universe and help us to uncover many mysteries, but to be specific, dark matter isn’t visible, so James Webb will not show us but can help us to detect the earlier discussed disturbances through which we can look for dark matter in our known universe.

Also read: How JWST will help to study the Super Massive Black Holes?

Some Other Mysteries To Be Solved By The JWST

The JWST is made mainly for near infrared astronomy but it can also observe orange and red visible lights and depending on the instrument, it can also observe the mid-infrared region. Also, it can detect objects that are about 100 times fainter than Hubble.

Webb contains these necessary tools that will allow scientists to unlock the wavelength of infrared signals from our solar system to distinguish the colors of the infrared rainbow.

When an exoplanet is detected with our telescope, the star’s light will receive an immersion of certain energies associated with the atmosphere of the exoplanet.
If Webb happens to be looking at the right star at the right time, it can chemically analyze the starry planet by analyzing the blink in starlight.

The NIRcam(Near Infrared Camera) is an infrared imager which will serve as the observatory’s wavefront sensor which is required for wavefront sensing and to control the activities used to align and focus the main mirror segment.

Since the birthplace of the stars is full of dust, the dust prevents scientists from peeking into the clouds of gas and dust as they observe them in visible light. But infrared light from stars can penetrate the dust to give scientists a new way to look at the stars.

“Red light can pass through dust on Earth’s atmosphere better than short waves, blue lights,” said Marcia Rieke, an infrared astronomer at the University of Arizona who is the chief investigator of one of Webb’s infrared cameras.

The same principle explains why infrared light can travel even higher through dusty galaxies than visible light. “When you look at the sunset, it is usually reddish in color; it’s the same thing”.