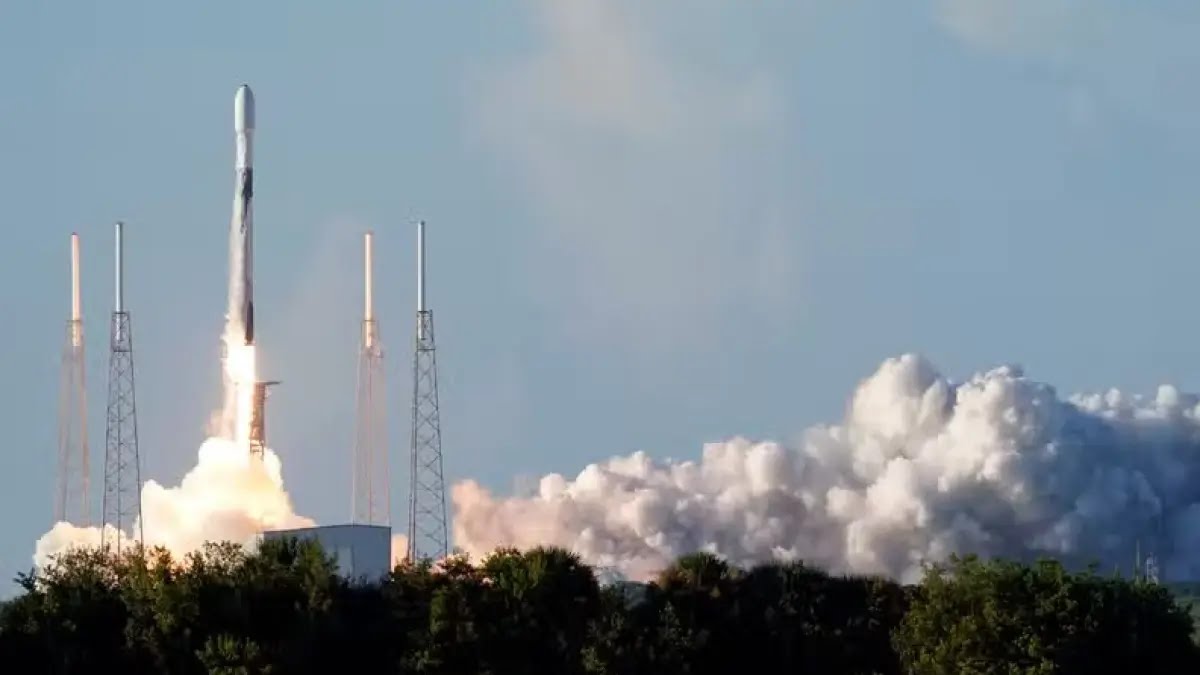 After a lengthy and fuel-efficient voyage, the Danuri mission will contribute to the study of the magnetic field and some of the moon’s coldest and darkest regions.

South Korea successfully launched an orbiter for the moon on Thursday, joining the list of countries with grand space goals.

How Will The Launch Take Place?

A SpaceX Falcon 9 rocket launched from the Florida space station Cape Canaveral to carry the nation’s first lunar spacecraft, known as Danuri, into orbit, which is scheduled at 7:08 p.m. Eastern time. The Korean spacecraft split from the rocket’s second stage after roughly 40 minutes and many engine firings, starting its voyage to the moon.

It will join NASA, India, and Chinese spacecraft that are currently exploring Earth’s moon when it enters lunar orbit. The scientific payload of Danuri will examine the magnetic field of the moon, count elements and chemicals including helium-3, water, and uranium, and take pictures of the shadowy pole craters where the sun never shines.

The mission is now known as Danuri, a mashup of the Korean words for “moon” and “enjoy,” which was once known as the Korea Pathfinder Lunar Orbiter. It will be the first space mission from South Korea to travel beyond low-Earth orbit.

Some Important Parts Of Danuri

A magnetometer, a gamma-ray spectrometer, and three cameras are among its scientific apparatus. One of the cameras, called ShadowCam, was made available by NASA. It is sensitive enough to capture the few photons that refract off the surface into the moon’s deep, permanently shadowed craters. These craters, which are found in the poles of the moon, are permanently cold (below minus 300 degrees Fahrenheit), and they are filled with water ice that has been built up through the ages.

How Can These Be Handy?

Future space travelers could find a wealth of riches in the ice as well as a frozen record of the 4.5 billion-year-old solar system. Such ice can also be taken out, melted to produce water, and split into oxygen and hydrogen to produce both air for astronauts to breathe and rocket fuel for anyone who wants to leave the moon for other places.

What Else Has South Korea Accomplished In Orbit?

Own rockets are being developed by South Korea. On its third attempt, Naro-1, its initial creation, was successful in entering orbit in 2013. Since then, Nuri, a bigger, three-stage rocket, has been the focus of the Korea Aerospace Research Institute, South Korea’s NASA. Several satellites were successfully launched into orbit during the second Nuri flight in June.

Several communication and earth observation satellites from South Korea are in low-Earth orbit. Additionally, it has a robust military missile programme.

How Many Nations Have Launched Lunar Missions?

Beginning in the 1960s, both the US and the USSR sent a large number of robotic spacecraft to the moon. From 1968 to 1972, NASA’s Apollo programme sent men there. The interest in the moon then virtually vanished for three decades, but it is now once again the center of attention.

China has launched several successful robotic spacecraft in recent years, including three landers. NASA has deployed a number of orbiters there and has contracted with private firms to send payloads to the lunar surface in the coming years.

Japan and the European Space Agency have launched moon missions, and India has sent two orbiters to the moon, although a lander accompanying the second orbiter crashed as it descended toward the surface in 2019.

Another mission in 2019, Beresheet, a lander built by an Israeli nonprofit, SpaceIL, also crashed as it attempted to land on the moon. On the other hand, India has sent two missions, which were Chandrayaan 1 and Chandrayaan 2, orbiters and a rover. However, during the Chandrayaan 2 launch the orbiter was successfully placed in orbit but the rover crashed.

Why did Danuri’s journey to the moon take so long?

The spaceship is traveling to the moon along a lengthy, energy-efficient path. It first turns toward the sun before making a loop back to the moon, where it will be caught in mid-December. Even though it takes longer, the “ballistic trajectory” does not necessitate the use of a powerful engine to slow the spacecraft as it approaches the moon.

Danuri will then modify its orbit to pass 62 miles over the surface of the moon. The primary scientific mission will run for a full year.

CAPSTONE, a small NASA-funded spacecraft, is now traveling to the moon to investigate a highly elliptical orbit where NASA intends to construct a lunar colony for future astronauts. In November, it is expected to enter a lunar orbit.

However, Artemis 1, an unmanned test of NASA’s massive rocket and capsule that will return astronauts to the moon in the coming years, will be the major event of the year. The launch window for NASA is set for late August or early September.

Late this year, a few private companies—including Intuitive Machines of Houston and Ispace of Japan—plan to send tiny robotic landers to the moon.