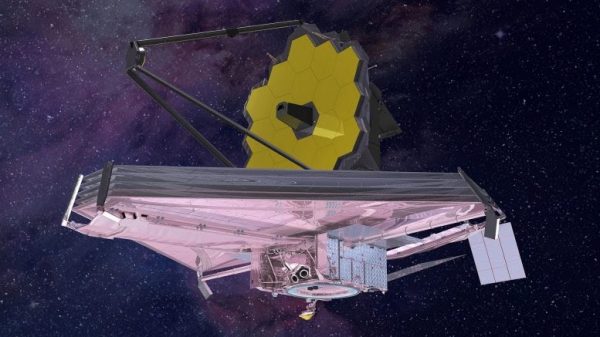 If you think of yourself as an alien looking at earth from a vast distance, it would have appeared basically the same as it looked 10,000 years ago. Agriculture was invented at that time, and the world has never been the same since.

How James Webb Telescope Can Detect Farms On Exoplanets?

Farming enabled humanity to spread, and the scale at which we currently generate food has altered how the Earth appears to other observers. The same might be said for an inhabited exoplanet, and the James Webb Telescope is the first equipment capable of detecting these conditions.

When the new observatory begins scanning space later this year, a team of astronomers recently detailed how it might be able to discover “exofarms.”

On the preprint arXiv server, there is a study that looks into this possibility. It was created by NASA’s Goddard Space Flight Center and the University of California in conjunction with the Blue Marble Space Institute of Science.

Also read: Solar System is All Ours To Explore. How Webb Will Help Study That?

What Were The Observations Of The Study?

The study assumes a few assumptions regarding extraterrestrial agriculture, such as that the biosphere will take advantage of the free energy emitted by the sun. If photosynthesis exists, then large-scale plant farming would produce detectable signatures, just as it does on Earth.

Significance Of Nitrogen In Exoplanet Farming

According to the team, one of the fundamental markers of agriculture is nitrogen. Nitrogen makes up the majority of the atmosphere on Earth. N2, on the other hand, is a fairly stable molecule in the atmosphere. Although natural processes can “fix” nitrogen and make it available to plants, agriculture necessitates the use of large amounts of nitrogen fertilizer.

How Would Webb Look For Signs Of Farming On Exoplanets?

Fertilizer production releases ammonia, but on an Earth-like planet, those molecules would fall back to the ground in a matter of days. Webb could detect significant levels of ammonia in a planet’s atmosphere with its strong mid-infrared optics, indicating continuous agricultural activity.

If aliens, like humans, come to the conclusion that combustion is not a viable mode of energy production, it is possible that they will phase it out. Thus, the presence of nitrous oxide in the atmosphere of an exoplanet could indicate large-scale farming activity. The same may be said for methane, which is produced in vast quantities on Earth by agriculture.

NASA has spent the months leading up to the launch of the James Webb Space Telescope deploying and calibrating the equipment. Since the launch, everything has gone smoothly, and we expect the first science operations to begin this summer.