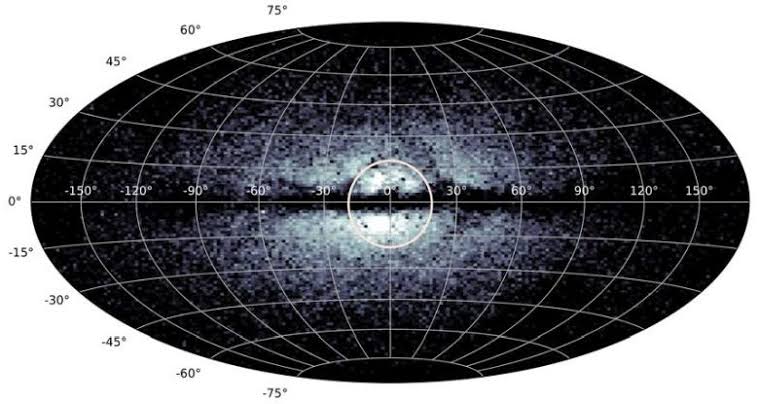 The remnants of the old galactic core, when our galaxy was still young, are spread across the Milky Way’s center as a scattering of stars.

A team of astronomers has discovered 18,000 stars from the early days of our galaxy, when it was just a compact cluster of proto-galaxies coming together to dream of greater things. They did this by using measurements from the most accurate three-dimensional map of the galaxy ever created and a neural network to probe the chemical compositions of over 2 million stars.

In earlier studies, hints of this Star population were found. The Max Planck Institute for Astronomy team led by astronomer Hans-Walter Rix writes that their findings “substantially flesh out the existing picture by proving that there is in fact a tightly connected in situ ‘Iceberg,’ whose tips have previously been observed.”

It is necessary to rebuild the Milky Way’s 13 billion years of history from the galaxy’s current state because it is a huge, delicious mystery.

Based on shared characteristics, such as movements and metallicity (a chemical characteristic), star populations can be connected. Herein lies the role of ESA’s Gaia satellite observatory.

Years of precise star tracking and measurements of the stars’ three-dimensional positions and motions within the galaxy have been conducted by the spacecraft as it orbits Earth alongside the Sun.

There wasn’t much variation in the elements right after the Big Bang 13.8 billion years ago.
The primary element in the early Universe was hydrogen, along with a minor amount of helium and not much else.

When the first Stars Emerged from clumps in this medium, their hot, dense cores began to smash atoms together to create heavier elements. Hydrogen turned into helium, helium turned into carbon, and so on, until the most massive stars produce iron.

Stars typically die in a manner similar to a supernova, which releases the byproducts of their fusion into space, once they have fused all of the atomic nuclei they can. Heavy metals like gold, silver, and uranium are also produced by energetic supernovae explosions.

A Star is more likely to have more metals the later in the cosmos it develops. As a result, a star with a higher metallicity is considered to be younger than one with a lower metallicity. However, as they go around the galactic center, not all Star orbits are the same.

It is plausible to assume that a population of stars has been together for a very long period, possibly since formation, when you find a cluster of stars with similar metal contents and orbital paths.

It is plausible to assume that a population of stars has been together for a very long period, possibly since formation, when you find a cluster of stars with similar metal contents and orbital paths.

Within a few thousand light-years of the Milky Way, Rix and his colleagues examined red massive stars using Gaia data. With the help of a neural network that could identify metallicities, they were able to identify 2 million stars and study their brightness.

Additionally, scientists discovered a group of stars with comparable ages, abundances, and orbits, indicating that they existed prior to the Milky Way becoming crowded with stars and expanding due to collisions with other galaxies, which began around 11 billion years ago.

However, this population near the galactic center appears to be a coherent population of them, even though we know that the oldest stars in the Milky Way predate the first significant collision, with a galaxy dubbed Gaia-Enceladus.

They are exceedingly old, metal-poor, and located in the galaxy’s center, which is why Rix referred to them as the “Poor Old Heart” of the Milky Way. The researchers claim that the population consists of the remains of proto-galaxies.

These clusters of stars, which formed in the early Universe, were merely the seeds of galaxies rather than whole galaxies. Three or four of these seeds came together early on to form the heart of The Milky Way, the galaxy that would eventually become our home. These proto-galaxies are not where The Poor Old Heart stars were born.

Many questions are raised by the remarkable discovery, which the Researchers intend to explore.

How are these stars distributed across space? Are there any unique abundance ratios that could provide us with more information about the early conditions of the Milky Way?

What does their distribution have to say about the Milky Way’s history of collisions?

Perhaps most urgently, can they point us in the direction of those stars—smaller, dimmer, and harder to discover stars—that may have been in the original proto-galaxies when they merged in the Milky Way’s initial stages of formation?

It may be metal-poor and old, but the ancient heart of the Milky Way could end up being extremely rich with answers about our galactic history.