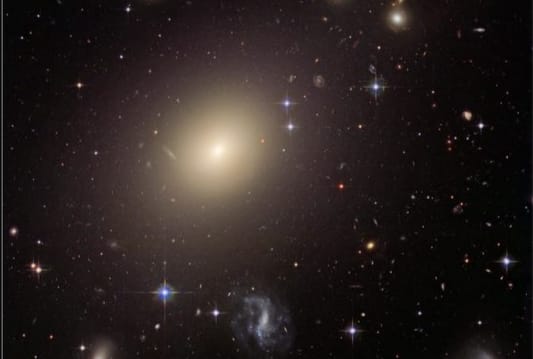 The signal from active supermassive black holes of dying galaxies in the early universe was detected by a worldwide team of scientists using a database incorporating images from the world’s top telescopes, including the Subaru Telescope.

The advent of these active supermassive black holes is linked to changes in the host galaxy, suggesting that a black hole could have far-reaching consequences for its host galaxy’s history.

The Milky Way galaxy contains stars of varying ages, as well as stars that are still forming. In elliptical galaxies, however, all the stars are old and around the same age.

This suggests that elliptical galaxies experienced a phase of prolific star creation early in their histories that abruptly halted. It’s unclear why star creation stopped in some galaxies but not in others.

A supermassive black hole could disrupt the gas in some galaxies, providing an unfavorable environment for star formation.

How Do Astronomers Examine The Theory?

Astronomers examine faraway galaxies to test this theory. Light takes time to travel across the void of space because of its finite speed. The light we see came from an object 10 billion light-years away, and it took 10 billion years for it to reach us.

As a result, the light we see now depicts what the galaxy looked like 10 billion years ago when the light left it. As a result, looking at faraway galaxies is akin to going back in time.

However, because of the distance between them, distant galaxies appear fainter, making investigation more challenging.

COSMOS combines data from the Atacama Large Millimeter/submillimeter Array (ALMA) and the Subaru Telescope, two of the world’s most advanced telescopes. Radio waves, infrared light, visible light, and X-ray data are all included in COSMOS.

What Are The Two Types Of Galaxies?

The researchers utilized optical and infrared data to separate two types of galaxies: those that are still forming stars and those that have ceased. The signal-to-noise ratio of X-ray and radio wave data was too low to distinguish individual galaxies.

This is the first time such emissions from galaxies more than 10 billion light-years away have been discovered. The findings also demonstrate that the X-ray and radio emissions are too intense to be explained by the galaxy’s stars alone, implying the presence of an active supermassive black hole. For galaxies with active star formation, the black hole activity signal is weaker.

These findings, which were published in The Astrophysical Journal, suggest that a sudden cessation of star formation in the early universe is linked to increased supermassive black hole activity. To learn more about relationships, more research is required.