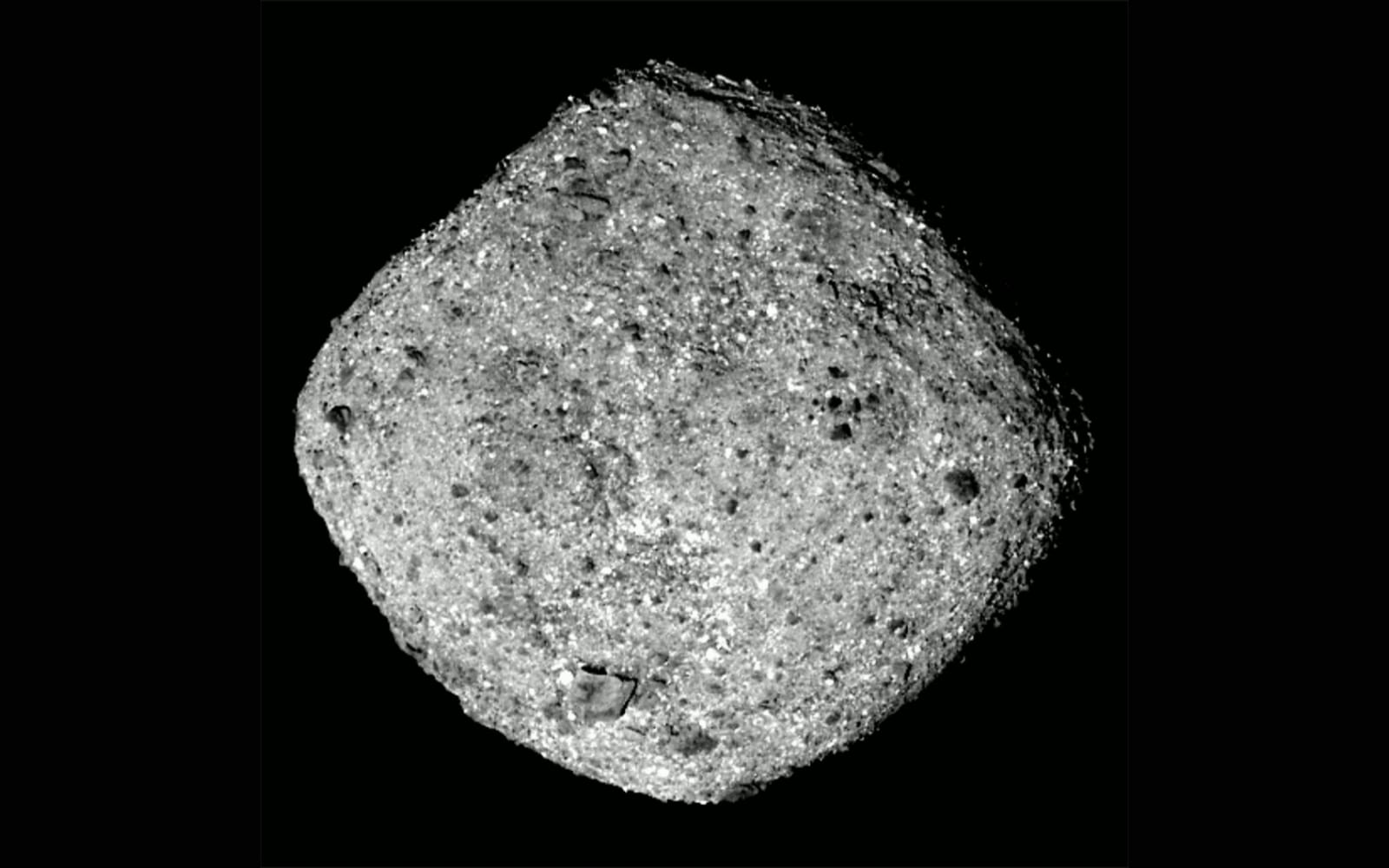 Asteroids (also known as the mini planets) have also been the topic of great Research by NASA (National Aeronautics of Space Administration) and other space organizations of various countries.

In 2016, NASA sent its probe Osiris REx (Origins, Spectral Interpretation, Resource Identification, Security, Regolith Explorer) into space to uncover the secrets of the asteroid Bennu and find various information related to the formation of life, and the solar system.

The scientists at NASA used to believe that the surface of the Bennu asteroid is made up of fine unconsolidated, loose, heterogeneous, superficial deposits covering solid rock. However, the reality was just opposite to their assumptions.

In this article, we will uncover Asteroid Bennu surface rocky according to the new NASA report, and what are the prospects of NASA for the Bennu asteroid research.

Bennu (approx. 490m in diameter) is the asteroid discovered on 11 September 1999 by Lincoln Near-Earth Asteroid Research Project (LINEAR). Getting its name from the ancient bird “Bennu” associated with the Sun, Creation, and rebirth of Egyptian Mythology, it is basically a carbonaceous asteroid usually traveling in between Mars and Earth. Considered a Hazardous asteroid, it has the ability to impact the Earth and pose a great threat to it in the near two centuries.

NASA started the Osiris-REx mission in 2016 for the asteroid study and sample return of the asteroid Bennu back to Earth.

The primary goal of the Osiris-REx mission is to obtain and bring at least 60g of sample from the Bennu asteroid surface back to the Earth. This will help scientists to uncover several secrets behind the formation of life on Earth and the creation of the Solar system.

Being one of the oldest asteroids, ‘Bennu’ has not undergone any changes in its structure and Chemical Compositions, and thus is the best source to uncover various questions related to the formation of life on Earth and the formation of the Solar system.

Related: What would happen if asteroid Apophis hit Earth in 2022?

Scientists Assumptions at Nasa and The Opposite Reality

With only the telescopic images and data of Bennu before reaching of Osiris-REx in 2018, the scientists had the assumptions in their mind that the surface of Bennu must be Sandy, and it would be easy to collect the sample from the asteroid.

However, when the Osiris-REx spacecraft reached Bennu in 2018, the images recorded by the spacecraft were deeply analysed. The scientists after researching and analyzing the images found that rather than the surface of the asteroid made up of fine regolith, the asteroid surface is rocky and covered in boulders.

‘Saverio Cambioni’ of the University of Arizona conducted the research of the images of the samples collected by Osiris-REx on Bennu. He along with her colleagues used the machine-learning and surface data approach to distinguish fine regolith from rocks.

As the spacecraft Osiris-REx was made particularly for mapping and characterizing the regolith surface of Bennu (as REx in Osiris-REx stands for Regolith Explorer), the results were highly opposed to the assumptions.

Bennu is largely made up of porous rocks and thus the presence of non-regolith, non-sandy rocky structure is not uncommon. The minute presence of fine regolith is although present on the rock. However, that is due to the compression rather than fragmentation of Bennu’s rocks by the impact of meteors.

“The energy impact by the striking of meteors reaches the pores of porous rocks and restricts the fragmentation of rocks causing the production of fine regolith on the surface.”, said ‘Chrysa Avedellidou’, a postdoctoral researcher at the French National Centre for Scientific Research (CNRS).

The other missions to other asteroids further confirmed the study as well. The Japanese Aerospace Exploration Agency’s Hayabusa-2 mission to the asteroid Ryugu (similar to Bennu) also had the presence of highly porous rocks and lacked fine regolith.

In a similar way, the Japanese Aerospace Exploration Agency’s Hayabusa-1 mission to the asteroid ‘Itokawa’ revealed the presence of fine regolith and sandy-beach-like surface on it due to the high amount of non-porous and denser rocks.

The astronomers earlier believed that the surface of the asteroids is rather sandy and has fine regolith, and the study was confirmed by the emergence of the evidence from the S-type asteroids.

Thus, the team predicted that the S-type asteroids having dense non-porous rocks have a surface made up of fine regolith, while the carbonaceous asteroids have rocky surfaces rather.

More research and evidence from asteroid Bennu will come out when the spacecraft Osiris-REx will come back to Earth in 2023. A bunch of discoveries is still left to be uncovered, while a few discoveries about the asteroid using robotic images from the spacecraft have left everyone shocked. Who knows! We will see many more discoveries and research soon that will also break the long confusion of various questions that existed since the beginning of life on Earth.