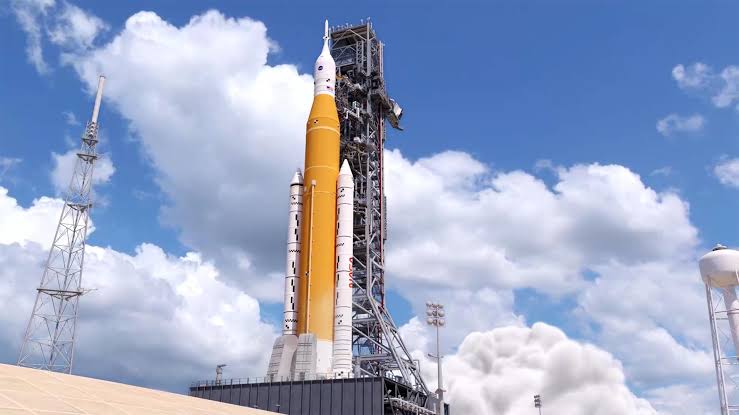 Without providing a specific date for the much-delayed Artemis 1 moon mission, NASA said on Friday that it would attempt to launch its Moon mega-rocket in November.

The US space agency revealed it was preparing its next launch window for between November 12 and November 27 after being forced to delay its most recent liftoff attempt owing to the powerful Hurricane Ian that pounded Florida this week.

The team will evaluate the situation and the required repairs “over the following few days,” according to a blog post by NASA, and “determine a precise date for the next launch attempt.”

As of yet, officials have not fully closed the door on an earlier attempt in October.
The SLS rocket, the most potent NASA ever created, had to be brought back to its hangar for storage.

The Destruction Due To Storm

Florida was destroyed by the storm, but the rocket wasn’t harmed, according to NASA.

Ahead of the next mission attempt and during the planning for the November launch window, “Kennedy staff will have time to address the needs of their families and homes after the storm.”

It will take days to raise the 98-meter-tall (320-foot) rocket, transfer it to the launch pad, and set it up for takeoff.

Early in September and late in August, NASA attempted to launch the unmanned Artemis 1 mission, but both attempts failed owing to technical difficulties.

SLS has been in development for more than a decade but has never taken to the air.

Early in September and late in August, NASA attempted to launch the unmanned Artemis 1 mission, but both attempts failed owing to technical difficulties.

SLS has been in development for more than a decade but has never taken to the air.

In the future, the Orion capsule at the top of the rocket will be tested by Artemis 1 to make sure it is secure enough to carry a crew to the Moon.