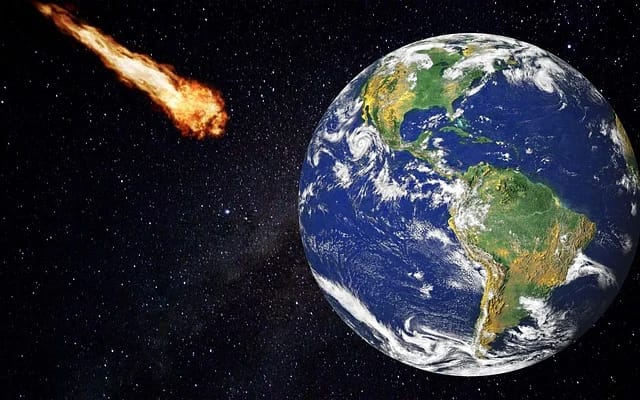 Asteroids, stony relics left from our solar system’s early development, have long been seen as a deadly force capable of destroying planets in their wakes, and they have done so in the past. For example, Dinosaurs were wiped off from the face of the world when an asteroid collided with them.

Countries are now developing tools to combat these universe’s lethal forces, which pass through Earth on a regular basis and are sometimes categorised as potentially hazardous, even though they are millions of kilometres far away. A multinational simulation with 00 volunteers from 18 nations is underway to identify, minimise, or possibly prevent global disaster if an asteroid approaches the planet.

How Was The Exercise Conducted?

In an exercise conducted by the International Asteroid Warning Network (IAWN) and Nasa’s Planetary Defense Coordination Office (PDCO), the participants were assigned the challenge of identifying an asteroid that was previously on its approach to hit Earth but was deflected in time — Apophis. The exercise’s findings have been published in The Planetary Science Journal.

Related: What would happen if asteroid Apophis hit Earth in 2022?

How Was Apophis Discovered?

Apophis was discovered in 2004, and it was quickly determined that the asteroid had a good chance of colliding with Earth around 2029 or later. However, with revised orbital predictions over the years, the object has been known to pose no hazardous impact for at least 100 years.

The Minor Planet Center (MPC), an internationally renowned clearing house for minor celestial body location data, pretended that it was an undiscovered asteroid for the exercise by blocking new sightings of Apophis from being linked to earlier observations of it.

“This real-world scientific input stressed-tested the entire planetary defence response chain, from early detection to orbit determination to analysing the asteroid’s physical features and even deciding whether, and where, it would hit Earth,” according to Vishnu Reddy, the campaign’s leader.

Scientists predicted the asteroid would approach Earth in 2020, and on December 4 of that year, it began to brighten, and the Catalina Sky Survey in Arizona was the first to identify it. The exercise was registered as a brand-new detection because there were no previous records for it. The Asteroid Terrestrial-impact Last Alert System (ATLAS) and Panoramic Survey Telescope and Rapid Response System both followed up on the observation (Pan-STARRS).

The object was discovered by the Near-Earth Object Wide-field Infrared Survey Explorer (NEOWISE) mission, which announced the finding of a “new” near-Earth asteroid on December 23. Because moisture in the Earth’s atmosphere filters light at those wavelengths, the spacecraft allowed for infrared views of Apophis that would not have been possible from the ground.

Is There Any Need For An Asteroid Defence Network?

Scientists can devise a plan in the event of an emergency if they can identify asteroids and determine their orbits, speeds, and sizes. Near-Earth Object (NEO) impacts, according to scientists, are the only natural hazard that may be avoided if the threat is discovered early enough.

The goal of the third exercise was to recover, track, and characterise Apophis as a potential impactor in order to exercise the planetary defence system from observations to hypothetical risk assessment and prediction, as well as communication.