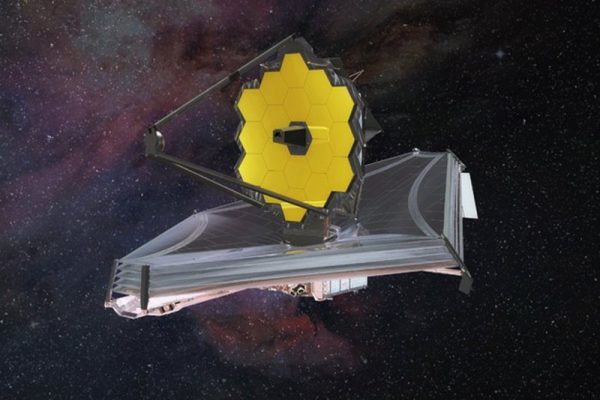 Launched on December 25, James Webb is currently at the second Lagrange point, about 15,00,000 km from Earth, and will be fully operational in the next few months.

Recently aligned with Webb’s primary mirror, NIRSpec is known to enhance the telescope’s capabilities as it is 100 times more powerful than comparable instruments in the Hubble Space Telescope. Surprisingly, this tool is powerful enough to observe hundreds of different objects simultaneously.

The spectroscopy process is very important as the various components of the spectrum reflect the light absorption properties and chemical composition of the objects being imaged, such as planets, stars, and galaxies

“One of the rules of building a spaceship is to have as few moving parts as possible,” says Oxford University astrophysicist Andy Bunker with a laugh. “And that’s why we made something with 250,000 shutters.”

NIRSpec is one of four James Webb Space Telescope instruments preparing to open their eyes to space. Bunker is one of seven European scientists who designed NIRSpec (funded by the European Space Agency) and now looks forward to when the device will start transmitting data.

“I’ve always been interested in pushing the limits of what’s possible for the farthest known object,” Bunker said in an interview. “It’s more than just setting records. It is to understand the early stages of the universe in which the first stars and galaxies were formed. And we’re working on chasing it.”

Read: Solar System is All Ours To Explore. How Webb Will Help Study That?

With a giant mirror 21.6 feet (6.5 meters) wide, Webb was created to study the oldest and most distant galaxies that emerged in the young universe from dust and gas since the Dark Ages after the Big Bang. It does this by observing infrared light, the heat-transferring portion of the electromagnetic spectrum, which has a longer wavelength than visible light.

Scientists know that these early stars emitted visible light, but their vast distances and cosmic expansion shifted that light into the infrared portion of the spectrum, an effect known as redshift.

How Will The NIRSpec Help James Webb Telescope?

With a 250,000 rule-breaking microshutter, NIRSpec will extend Webb’s capabilities. In fact, in many ways NIRSpec outperforms the Hubble Space Telescope’s similar equipment, considered Webb’s predecessor, by over 100 times.
However, NIRSpec will provide an unprecedented amount of information about galaxies, stars and planets, as well as hundreds of thousands of other galaxies imaged by NIRCam and MIRI.

How Does NIRSpec Functions?

NIRSpec does not create images, as a spectrometer. It splits incoming light into individual components of the light spectrum. This spectrum, like fingerprints, reflects the light absorption properties of the depicted object and, consequently, its chemical composition. Each chemical element present in the observed body absorbs light in a specific way, which appears as a distinct line in the captured spectrum. By capturing the spectrum of an object, researchers can determine which compounds may be present.

“From a scientific point of view, the spectrum is very valuable,”said Bunker. “It contains a lot of information. We can not only chart how chemical elements accumulate in galaxies, but we can also determine the distances and properties of galaxies, such as the rate at which gases become stars.”

Obstacles For Proper Functioning Of NIRSpec

In order to accurately fingerprint these objects, the spectrometer must block all other light from the field of view. Conventional spectrometers, such as the one at Hubble, do this using slits, narrow holes in a metal plate, which aim only at the object being studied.

“The incision allows us to be as sensitive as possible,” said Bunker. “But running only one object at a time is a limitation. It’s very inefficient. Especially if you look at some deep fields with a very high density of potentially interesting objects.”

Adding to this the fact that some of the objects Webb will study are so distant and faint that telescopes must observe them for hundreds of hours to gather enough light, and the limitations of this approach become apparent.

How Does NIRSpec Overcome This Sensitivity?

This is where the NIRSPec microshutter comes in. Each hair-sized micro-shutter can open in a variety of patterns, giving astronomers the flexibility to create multiple slits to view and measure 100 (or more) galaxies at once, Bunker said.

As the first space-launched spectrometer, NIRSpec uses several innovative technologies. Developed by engineers at NASA’s Goddard Space Flight Center, the microgate array itself consists of four rectangular sections, each with a microgate measuring 365 x 171 in size.

Electrically actuated magnets rotate behind these arrays. By selectively applying a current to each microshutter, ground control commands determine which shutters are open and which ones are closed. However, engineers cannot open the micro-shutter that is too close together because the spectra of the observed objects overlap. This leaves the possibility of studying about 100 objects at the same time.

The microlouvers are very fragile,so we expect some to fail,” said Bunker. “It doesn’t really matter because you can still use other people. Some of them stop in the open state, adding extra backlighting, but some of them are very small.

The James Webb Space Telescope is still in the tuning phase, but scientists have great hopes for its amazing ability to observe the universe.
Interestingly, scientists can also estimate the temperature and mass of an object by estimating its spectral range.

The NIRSpec, a European Space Agency (ESA) contribution, will enlighten the universe through spectroscopy.According to scientists, NIRSpec’s job would be to separate light rays into individual elements of the light spectrum.

Because NIRSpec has to explore thousands of galaxies in just five years, ESA says the ability to simultaneously observe hundreds of objects would be very useful.